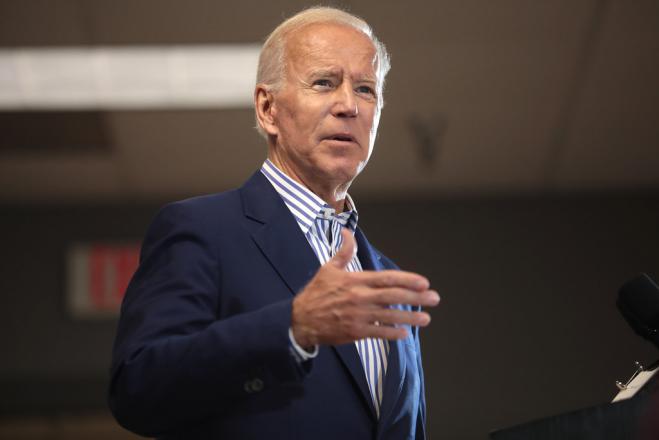 The recognition of the Armenian Genocide by the United States is historic, with Joe Biden becoming the first president in United States history to use the word "genocide" to describe the massacre of Armenians by the Ottoman Empire in 1915.

Before Biden, US presidents used terms such as "catastrophe" or "dark period of history" instead of "Armenian genocide" for the events of 1915, in order not to disrupt relations with Turkey. Until now, Washington has chosen to overcome the systematic extermination of 1.5 million Armenians by the Turks during World War I. Instead, the word "genocide" was used twice by Joe Biden in the White House announcement of the Armenian Genocide Remembrance Day. It was a Biden campaign promise that was fulfilled following the Senate decision to recognize the genocide despite Ankara's reactions.

The use of the Greek name of Constantinople instead of the Turkish name Istanbul (Istanbul), which has prevailed, also caused a sensation in the announcement. In fact, it refers to how the extermination operation began. "Starting on April 24, 1915, with the arrest of Armenian intellectuals and community leaders in Istanbul by the Ottoman authorities, one and a half million Armenians were deported, slaughtered or put to death in an extermination campaign," the statement said, using the word Constant. and not "Istanbul".

The carefully worded statement is due to the fact that Istanbul was so named until 1923, when it was officially renamed by the Turkish Republic as Istanbul on March 28, 1930. Of course, only its reference, in today's statement, to its old name is of political interest. It is also a careful indication that the crime does not concern modern Turkey, but exclusively the Ottoman Empire. After all, Joe Biden himself emphasizes in his statement: "We do it not to cast blame, but to ensure that what happened will never repeated."

See the announcement of the Armenian Genocide of the White House: 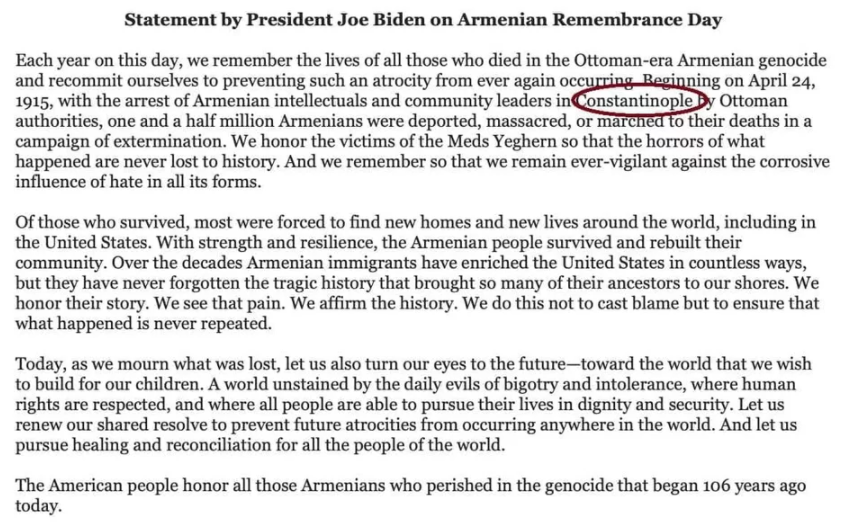