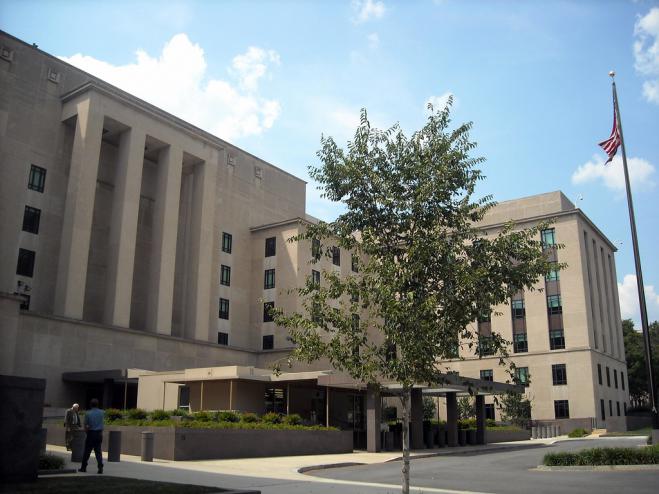 This was stated by a representative of the State Department, answering a question from the Greek correspondents in Washington. He emphasizes that these plans will be a precursor to the energy transition in the region and in Europe. "Europe's energy security is, more than ever, a matter of national security," he said.

In this context, it expresses the determination of the United States to strengthen its relations in the region and to promote green energy technologies.

Regarding the statements made by Amos Hokstein about the EastMed pipeline during an interview given to the Turkish TRT World, the State Department states that "he was an individual (he did not have an office) when he made these statements". Answering a question from the Greek correspondents in Washington, a State Department spokesman clarified that Mr. Hawkstein fully supports the strengthening of the energy interconnection between the Eastern Mediterranean and Europe through Greece.

Regarding Washington's reservations about the economic and environmental sustainability of the East Med, the spokesman explained that Mr. Hawkstein and the United States believe that it would be more useful to focus efforts on electricity interconnection options.

"We remain focused on energy security and the interconnection of the Eastern Mediterranean. The interconnection through electricity with Europe will energetically unite the countries of the Eastern Mediterranean with Europe, allowing future exports of electricity from renewable sources, strengthening the countries of the region. In line with US climate priorities, the United States is critical of new fossil fuel infrastructure projects to ensure that US support is not diverted to carbon-rich sources and does not lead to future devalued investment as we accelerate the transition. in clean energy ".

In this light, the State Department spokesman explained that the United States supports a number of projects that can ensure energy security and diversification in the medium term. "We support a number of existing projects that contribute to energy security and diversify gas supplies, such as the Alexandroupolis Floating Storage and Regasification Unit (FSRU) and the interconnections with Bulgaria and Northern Macedonia, which will be completed at a much lower cost. from the East Med gas pipeline ".