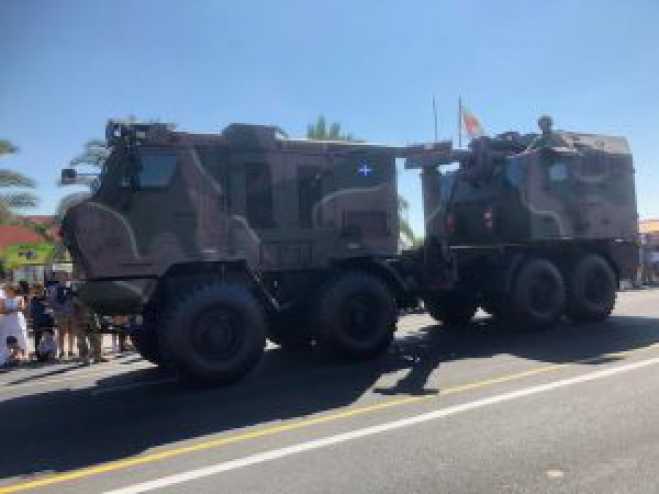 Strict security measures mark the grand military parade on the occasion of the 1st of October, in celebration of the 59th anniversary of the proclamation of Independence of the Republic of Cyprus.

President Anastasiadis and the political leadership welcomed the parade that began at eleven in the morning at Iosif Hadziosif Avenue in Strovolos. The Greek Government is represented by the Minister of National Defense, Nikos Panagiotopoulos.

This year, for the first time, a representative of the Serbian government, namely YPAM Alexander Vulin, is attending the parade, as the National Guard will present for the first time its new acquisition, the Serbian NORA B-52 cannon. This is the Nora-B52 155 mm of Serbian origin and manufacture.