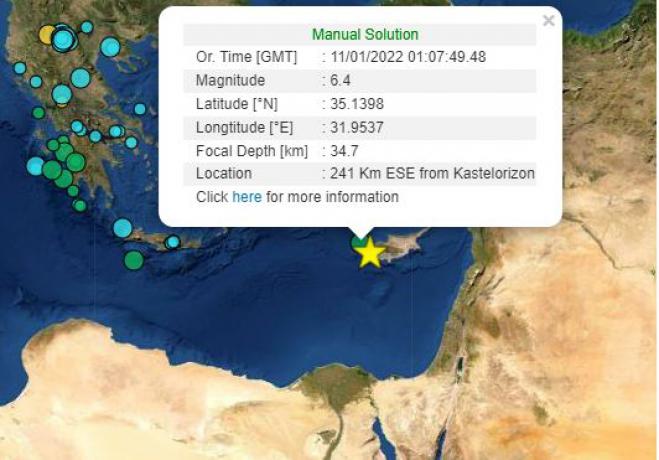 A strong seismic tremor occurred in the early morning hours of Tuesday, in the sea off Cyprus.

The quake measured 6.6 on the Richter scale, according to the US Geological Survey. Earlier, the Euro-Mediterranean Seismological Center (EMSC) estimated its magnitude at 6.4, revising its initial estimate (6.5).

For its part, the Geodynamic Institute of the National Observatory of Athens estimated that the magnitude of the earthquake was 6.4 on the Richter scale.

The quake struck at 03:07, at a depth of 19.6 kilometers, 112 kilometers west-northwest of Limassol, according to the EMSC.

There are currently no reports of property damage or casualties.