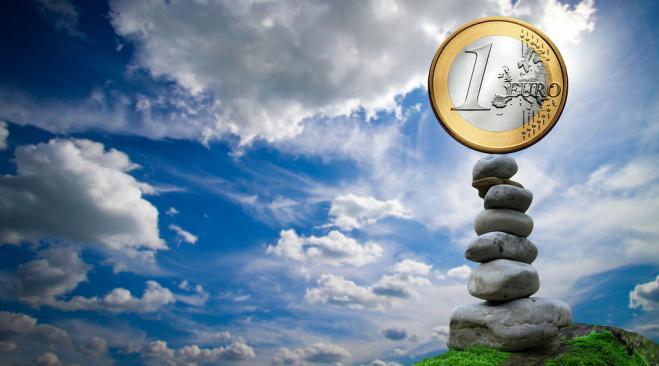 Greece today, along with the rest of the world, is in the vortex of a global pandemic crisis, which has caused a conjugal global economic crisis.

The new analysis of diANEOsis attempts to answer a series of critical questions: What is the real state of the Greek economy? How are its basic sizes affected? What are the opportunities that arise and what are the risks that arise?

According to the report prepared by diANEOSIS researchers Fay Makantasi, Director of Research and Elias Valentis, Research Analyst, the pandemic brought a combination of negative shocks to the overall supply and demand, which resulted in a deep and abrupt recession in 2020 of the world economies as a whole, with even greater intensity in the most open foreign trade economies. "From the middle of 2021, however, it seems that Greece, like the world economy, is recovering from this recession, although it maintains a high degree of uncertainty as to the course of the pandemic crisis or due to various new sources of danger, such as the energy crisis, global inflation wave and the war in Ukraine," the report said.

At the same time, it is stressed that it would be wrong to consider that with the passage of the pandemic and the aforementioned uncertainties, the Greek economy will have returned to a good state. Mainly because even before the pandemic our economy was not in really good condition. The pandemic found our economy, at the beginning of 2020, at -25.2% of GDP in 2008 and without much development "forum", it is typically mentioned. It is noted in the report that the Greek economy had "significant accumulated fundamental weaknesses" situation that were exacerbated by the "very poor political-economic treatment it had, resulting in one of the deepest and most ongoing economic crises of developed economies in modern history."

The "wound" of the Current Trading Balance

One of the biggest "open wounds" of the Greek economy is its timeless difficulty in balancing at least the Current Trade Balance (CTB), which remains in deficit throughout the post-junta period, according to the dIANEOS report.

The maintenance of deficits in the CTB, which indicates the long-term inability of the Greek economy to remain competitive, is a fundamental imbalance that is not at all sustainable, as it requires equivalent surpluses in the past or the future. Achieving surpluses in CTB is anything but a trivial process, as it presupposes either a significant improvement in the competitiveness of Greek companies or a significant reduction in consumer spending, with all that entails for the well being of society.

The significant improvement in the picture of CTB observed during the crisis years was achieved primarily by the squeeze in consumption and imports, due to the contraction of disposable income, while the increase in exports in recent years (excluding the impact of the pandemic), which is a clear sign of improving competitiveness, is offset by a slightly larger increase in imports as disposable income recovers. There is, therefore, a need for even faster improvement of the competitiveness of Greek companies, which presupposes the increase of the productivity of all resources and the efficiency of production at a rate initially higher and then at least equal to the rest of the world.

The constant reduction of investments

One of the biggest problems faced by the Greek financial crisis was the very large and continuous reduction of investments, which resulted in the significant loss of part of the physical capital stock, since the investment expenses for 11 years are not enough to even offset its depreciation. It should be emphasized that sustainable development cannot be achieved without stopping this "bleeding" of natural capital.

Only when investment increases enough for the natural capital stock to start growing again will we be able to have potential GDP growth and labor productivity growth again; and therefore sustainable GDP growth, employment and real wages.

The arrival in the coming years of significant European resources from the Recovery and Sustainability Fund, in combination with the new NSRF and the CAP, are an opportunity of historic proportions not only to fully fill the over-ten-year investment gap, if directed wholly towards investments, but in addition to seek a redirection of the Greek economy to a new growth model that will give it a lasting and sustainable impetus for the coming decades.

In this context, it is advisable to pursue the maximum strategic focus on the availability of these resources, but also on the country's investment policy in general. This strategic goal must first of all focus on the labor-intensive sectors. That is, the provision of relatively higher priority and stronger incentives to invest in business activities that are based more on labor compared to other factors of production. Thus, each unit of additional physical capital will create more new jobs, reducing the stock of unused resources and unemployment faster. Also, special care is needed for the relatively greater stimulation of investments that will contribute more to the competitiveness and extroversion of the Greek economy.

The important opportunities and challenges of the future for the Greek economy do not come without correspondingly significant risks and uncertainties.

First of all, according to diANEOsis, the pandemic is not over; and despite the declining impact it has on the economies of the world, we do not know for sure what the future holds.

Secondly, due to the pandemic crisis and other independent factors, an explosive rise in energy prices emerged after mid-2021, combined with doubts about Europe's energy security. Energy is a practically irreplaceable intermediate good used in the production of all other goods and can therefore be described as the "bread of the economy". The maintenance of high rates of energy poverty in Greece requires the taking of targeted measures to strengthen its vulnerable "final consumers". However, these measures have a reduced benefit, because they can not protect weak households from the indirect effects of the energy crisis. As the cost of energy enters all the links of every value chain, the huge increases in its price inevitably are passed on to the price of all final and intermediate goods. There is, therefore, the need to reduce the general "transmission" of the "virus" of the enormous energy costs between the tissues of the economy, and in particular the productive economy.

Third, the explosion in energy costs was exacerbated by additional inflationary factors that led to a spike in global inflation. Despite the fact that a mild level of inflation, 2-3%, would have rather beneficial consequences for the Greek economy, which maintains a practically stable price level after 2011, the excessive level of current inflation in Greece and the Eurozone carries additional risks, beyond of the challenges it creates in the real income of Greeks. The Greek economy is finding it difficult to become more competitive in real terms, which implies the great need for inflation in Greece to remain below the average inflation rate in the Eurozone.

Finally, a number of factors, such as the pandemic and the crisis in Greek-Turkish relations, have led to a significant increase in public spending which, combined with limited economic activity and reduced public revenues, has led to the inevitable increase in public debt. The high level of Greek debt, on the one hand, increases the risk of the ECB's policy shifting to higher interest rates and the suspension or restriction of government bond markets, and on the other hand, poses an inherent risk to the Greek economy, which limits its growth prospects.

The best option for dealing with the debt issue is none other than the rapid "leap forward" of the Greek economy, with the achievement of significant and sustainable growth rates in the coming years. In this way, the need for immediate reforms that will rid our economy of its fundamental weaknesses forever becomes even more urgent, concludes the diANEOsis report.