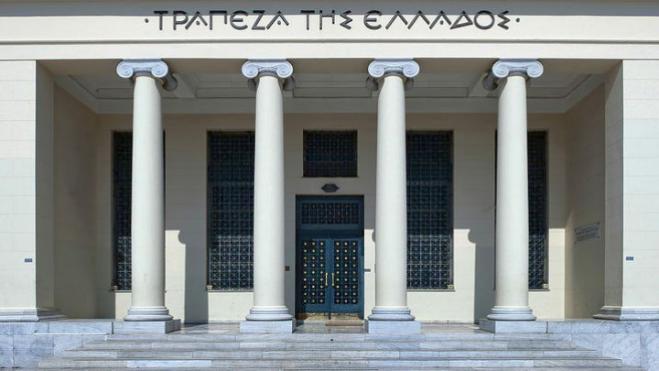 The exposure of Greek banks to Russia and Ukraine is negigible and any predicition regarding the final impact on financial stability would be extremely premature and precarious, the Bank of Greece (BoG) said on Thursday.

In its Financial Stability Report, the central bank said that the impact from the Russian invasion of Ukraine has clouded the prospects for further recovery of the Greek economy and exacerbated challenges for financial stability.

The central bank noted that in 2021 the implementation of banks' strategies for resolving the legacy stock of non-performing loans (NPLs) contributed decisively to improving their asset quality, but on the other hand affected their operating results and capital base. The involvement of Credit Servicing Firms (CSFs) in NPL resolution facilitated the operation of the secondary NPL market. However, it is necessary to intensify efforts towards sustainable restructuring solutions for borrowers so as to restore their financial soundness and ultimately enable the reintegration of their loans, under certain conditions, into banks’ balance sheets, it said.

It noted that the high GDP growth rate in 2021 and the expectation of continued growth in 2022, coupled with the positive long-term economic outlook, have contributed to the recent upgrades of Greece's credit rating by S&P and DBRS, thus bringing Greek government bonds to just one notch short of investment grade.

However, the Russian invasion of Ukraine has altered economic conditions, weakening short-term growth prospects. The energy crisis is compounding inflationary pressures, while uncertainty about the duration of the war and its impact on the real economy is acting as a deterrent to economic decisions on the part of businesses and households, amid rising production costs and falling disposable income, respectively. Against this background, the banking sector is called upon to swiftly adapt, addressing prevailing challenges, BoG said.

The high legacy stock of NPLs remains the single biggest challenge for the Greek banking sector. Taking into account that new NPLs may emerge, especially if the geopolitical crisis is prolonged or escalates further, and after the full withdrawal of pandemic-related support measures, banks need to remain vigilant in order to deal with current challenges, BoG warned. Their actions so far to deal with the stock of NPLs have undoubtedly contributed to its substantial reduction. However, the NPL ratio remains high (12.8% at December 2021). At the same time, the impact of banks’ actions to improve asset quality adversely affects their capital adequacy levels, further pressured by the phase-in of International Financial Reporting Standard 9 (IFRS 9). In this light, the combination of low-quality regulatory capital due to the high share of Deferred Tax Credits (DTCs) and structurally low operating profitability poses additional medium-term challenges for Greek banks.

Liquidity conditions in the Greek banking sector continued to improve in 2021. It is worth mentioning that the balance of business and household deposits reached a ten-year high of 180 billion euros in December 2021. However, the central bank added, banks’ low operating profitability and the need for higher provisioning for credit risk affected their capital adequacy, with the consolidated Common Equity Tier 1 (CET1) ratio falling to 12.6% in December 2021, from 15% in December 2020, and the Total Capital Ratio (TCR) to 15.2% from 16.6%, respectively.

The central bank's report noted that the continued recovery of the Greek economy presupposes stronger financing of the real economy and an active involvement of the banking sector. Consequently, also in light of the indirect fallout of the war in Ukraine, banks must step up their efforts to further increase the asset quality of their balance sheets. The use of the Recovery and Resilience Facility (RRF) is expected to play a significant role in supporting the financing of the real economy, in order for the Greek economy to get on track for strong, sustainable growth, the central bank report said.