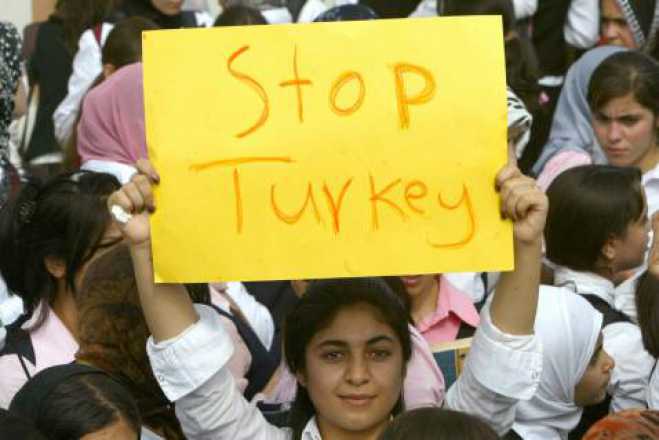 The issue of Turkey and its international behavior vis-à-vis the Arab countries, was decried by Arab League General Ahmed Abul Ghat in his statements, in which he speaks of Turkey's "expansionist politics", concluding that dialogue with Erdogan's country is futile, a conclusion that Athens obviously, but detrimentally, does not share.

The relevant report is hosted on the pages of the Arabic newspaper Asharq Al-Awsat based in London. Speaking at an opening ceremony for the Arab Parliament seminar on how to deal with neighboring countries, he singled out Turkey and Iran. From Abul Gheit's point of view, the core at the problem with these two neighboring countries is that both of them have a political project that they seek to carry out outside their boundaries.

Efforts to regulate the situation through diplomatic dialogue have fallen into a vacuum, resulting in the crisis being deepened to such an extent that it has made dialogue an ineffective instrument, although it remains the best method of handling all situations, in the case of Turkey, it is in vain.

According to the Secretary General, Ankara's goal is to promote its own ideology and political Islam, by reserving for itself the right to invade neighboring states under the pretext of national security, disregarding their sovereignty.

Turkey and Iran, he continued, see regional crises as opportunities for expansion! Last April, at the Arab League Summit in Tunisia, he had denounced Turkey for having invaded Syria twice, by taking control of areas in the northern part of the country.

He added, that in the last few months Erdogan has threatened with a third military invasion. This behavior has complicated the situation, leading to a delay in resolving the situation.

The words of the top Arab official should be taken very seriously by Athens, but especially the conclusions regarding the usefulness of dialogue when the other side shows no willingness to find solutions through such procedures, insisting on coercion,  and of course, through the threat of using military violence.

Another surprise is the Greek side's inability to firmly support Turkey's beliefs that confirm the Greek experience. While reports focus on Syria, is there any difference in Turkish behavior towards Cyprus and Greece, the Eastern Mediterranean and the Aegean Sea?

Even more surprising is that Greece has never thought that these countries have often financed countries in the region for armaments to strengthen their armed forces to resist pressure from countries such as Turkey and Iran.

When Greece is the first-country country for those countries that consider Turkey as the leading national security risk, how much more obvious should it be that Greek diplomacy - and the military - should focus efforts on this goal?

Instead, Greece is dealing with the sale of ammunition not needed or missiles, eg. to Saudi Arabia, instead of using such transactions as a "bridge" for Greece to go to the next stage of coping in a coordinated way with a common threat.

Should not this prospect come under scrutiny by the Greek political system and the next Greek government? How can this be done when there is an organized penetration of people associated with Turkey's "sponsors" countries?

Does the use of the infamous Muslim Brotherhood as a tool for the future transformation of Muslim areas in the region of Southeastern Europe into leading national security risks for the whole regions, fall within this framework?