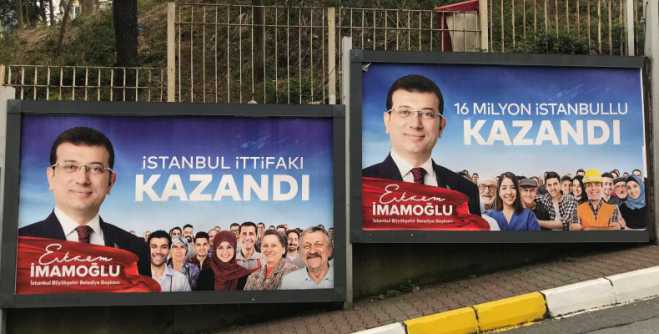 After Imamoglu's election as Istanbul Mayor, there has been a flurry of articles and posts on social media that exude a euphoria that in some cases reaches the limits of ... jubilation and festivity, hailing the end of Erdogan's monopoly on power and the beginning of the end for the AKP regime.

Assuming, as such articles say that it is the beginning of the end for Erdogan, and the political logic of Imamoglu will prevail in Turkey, and that even if somehow this transpires, and because we in Greece everyone always has in mind the tension with Greece's eastern neighbor, let us note:

- It does not mean anything concerning Greek-Turkish relations. Foreign policy in the Aegean is a strategic choice for Turkey.

-Western-style democracy, as understood by those living in the few democracies among the more than two hundred states in existence, has never worked in Turkey ...

-The so-called "democratization" of Turkey, which is indeed a social demand for some of its inhabitants, even if it is attempted, will cause even more powerful centrifugal forces and instability due to the disparity of its social structure. It may also cause exportation of the problem, in order to achieve national unity.

- At any rate, a country's type of government was never a decisive factor in whether it would cause a crisis, or resort to war. The dynamics that lead states to wars work independently of the type of government.

This, assuming that Imamoglu's election means the beginning of a next day for Turkey that will lead to its democratization. In doing so, we may certainly say that it will have a more secular character, but Islam will always be present as well.

But to underestimate Erdogan would be a mistake, as he speaks to the soul of the simple Turk and that is why he is still powerful even if he has lost the big urban centers.

Furthermore:
Imamoglu is a republican Kemalist who, in order to be elected, allied with the nationalist extremists.
Kemalism, nationalism and Turkish revisionism and expansionism are inextricably intertwined concepts.

As for the interior of Turkey, Imamoglu will be seen as serving the interests of the national capital he represents. One must not forget that he is a bourgeois entrepreneur and represents specific economic interests.

Of course, the defeat of a powerful politician with global aspirations like Erdogan is pleasing to the ears of Greeks.

But up to there. We should welcome Mr Imamoglou's victory, but we should also know where we stand, remembering that Erdogan has been wounded and a wounded beast is far more dangerous.