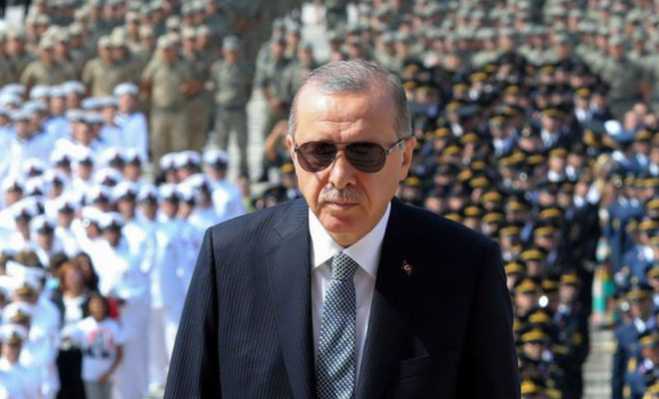 Libya is a sprawling chaos, and not just because of the fighting between Haftar’s LNA and the UN recognized government in Tripoli. Nor is it because of the scores of private/tribal/jihadist militias that terrorize what is left beyond the territories not controlled by Haftar and the Tripoli government.

Libya, has become, like Syria, the battlefield for a proxy war between opposing forces that are now embroiled throughout the Middle East, the Gulf, and the Maghreb. The lines that were first drawn years ago when the so-called “Arab Spring” destabilized regimes throughout the region and led to the mess we see today, linger.

The new adversaries, of course, include the USA and, the successor to the USSR, Russia. Siding with Russia, at this point are Syria, Iran, while Turkey and Qatar are courting and being courted by this group. The US has a staunch ally in Israel, strong allies in Egypt , Saudi Arabia, and the UAE. It has been a much more vocal and active supporter of Greece and Cyprus, and there is renewed cooperation with France.

The EU is largely the fiefdom of Germany, and while southern European countries dissent, they ultimately (with the exception of France, the only nuclear power in the EU, after Brexit) toe the line Berlin draws.

The UK is mired with all the Brexit business and has interests in maintaining a shadowy condition as a “guarantor” power for Cyprus.

China has its own problems with the US in another part of the world, and in this theater is just biding time.

In Libya, it’s Haftar’s NLA and its allies, and the UN-recognized government in Tripoli.

War by proxy usually means civil war, and civil wars they are, but sadly they seem to be merging. And the key link to all these conflicts is Erdogan’s Turkey.

Getting back to Libya. Turkey’s obvious interference has solicited the opposition of its enemies. Turkey, and to a large extent Qatar seem to have been implicated in all developments that have taken place since the “Arab Spring”. At that time, Turkey was allegedly involved in fomenting ‘Jihadist” revolution, in an alliance with the Muslim Brotherhood.

HydrocarbonsHydrocarbons are the pivot in this issue, as it is in this whole conflict. All the players are hydrocarbon producers, or hopefuls. At a first glance, hydrocarbons permeate the playing field.

Crises in these hydrocarbon producing regions, in many ways rule the world. All major players are oil and NG producers, and their proxies “sit astride” transit routes, or dream of the conquest and piracy of the sources of others, and who are more than willing to taste the plunder.

Turkey dreams, under Erdogan, or arguably on a deeper geo-political level, of becoming a regional power. Under AKP control and more so after the estrangement of Erdogan with Fethullah Gulen, and the botched coup the latter allegedly masterminded, Turkey has become far more revisionist and aggressive, attacking in neighboring Syria and Iraq with utter impunity, not by proxy, but with Turkish forces and mercenaries.

It has not been hard for Turkey to tap the lumpen militariat (if I may be allowed this neologism to refer to veteran fighters who have done nothing most of their lives than fight) among Sunni Muslims, from as far away as Chechnya, Afghanistan, or even the Uighur region of China.

Perhaps, at first, the West turned a blind eye, if not colluded, to the creation of the Jihadist groups that sprung up within secular Arab countries. The succor offered by Turkey to ISIS is well documented, as is the trade between the two in cheap stolen fuel, looted antiquities, and theft of raw materials.

Russia did not appreciate Turkey’s encroachment on its ally, but as the Kurds emerged as a competent fighting force and the US rallied to their side, Putin had second thoughts and was keen to drive a wedge between the Kurds and the Mediterranean. Some view pipeline dreams in all these moves. It may be, but the current fluidity precludes any long-term planning.

As Erdogan, slid further and further into disfavor with almost the rest of the world, Russia and Iran were there to extend a hand. Erdogan, having committed the very extreme faux pas of downing a Russian jet and left with no way out responded to this new relationship with Putin and his allies. To cement the deal further, the Russians offered Erdogan the S-400. Erdogan took the bait, the final wedge between the US and Turkey had been driven.

Why Moscow remains aloofMoscow has nothing to lose. Its geostrategy is based on cost-effectiveness, while the US relies on the traditionally at the problem. After all, it commands much of Eurasia.

There is no reason, why Russia would choose to distance itself from the West, especially the European part of this amalgam. But to spoil the plans of adversaries is a bonus. And this is the case with regards to Turkey, and perhaps Iran. There is no love lost in these historical enemies that have fought each other for strategic reasons, for centuries. But, politics makes strange bedfellows.

Russia has renewed prospects at peace, and nothing to gain from war. Its responses are measured, if at times “fancy.”  It must be said that the West, mainly the US, has been keen to revive a containment policy of Russia, abetted by former Russian and Soviet colonies in Eastern Europe.

All in all, though, Mr. Putin is proving a much more masterful puppet-master than his western peers.

Erdogan strikes backThis new backing has exaggerated the self-appointed Sultan’s “Bonapartism” to the point where he believes himself to be the final arbitrator in the eastern half of the Mediterranean, according to what he sees as his, and Turkey’s, interests, or rather the interests of those Turks that support him.

Despite sacking and jailing tens of thousands of high ranking officers, he has been spending lavishly on defence procurement and military adventures, while at the same time, squandering funds for grandiose pharaonic projects.

He has been waging a tit-for-tat war of words and sanctions with the US, and his S-400 buy has fueled this to the extreme. At the same time, he is extorting Cyprus like the neighborhood hoodlum demands money from children at knife-point. He hurls insults and threatens Greece, and violates Hellenic Airspace, and Territorial Waters. He has let loose all abuse against Israel. He speaks with scorn and abuse against the democratically elected leaders of large and powerful nations.

He actively supports Hamas and Hezbollah and considers notorious terrorist friends. He has stationed troops in Qatar. One wonders if they are there to protect the Emir, or hold him hostage, or both. He has tried to dabble in the failed states of Africa.

And he has actively worked against the Gulf Monarchies. In his dreams, he envisions a world where Turks rule over the Holy cities of Islam, restitution of Ottoman glory. This is not just his dream. It is the dream of many parties in Turkey, and was in line with what Gulen, Ahmet Davutoglu, and Abdullah Gul, Erdogan’s ousted former allieσ, had said in happier, for Turkey, times.

Erdogan’s North African CampaignIn his commitment to the Muslim Brotherhood and its offshoots, and their use for his own purposes, Erdogan has been eager to facilitate them, throughout the Muslim world, and its diaspora.

One can even see hints of Iranian and/or Russian pressure to do so, but this is speculation. For whatever reason, Turkey has decided to involve itself in Libya. The backing of Morsi in Egypt had backfired and led to the enmity of the most populous and militarily strongest Arab country.

Now, Erdogan is directly backing the UN-recognized government in Tripoli. This he does with vehicles, weapons and “advisors” who also operate some of the more sophisticated equipment, and doubtlessly with cash, the source of which at this time of crisis in the Turkish economy, is unknown. There is a degree of certainty that high-ranking Turkish officers are on Libyan soil, along with technicians, support, and SpecOps troops.

Turkish officials and media sources either gloss over, or totally ignore such reports, focusing on creating links between obvious Haftar allies and illegal arms transfers. They point to US and Chinese stores found in Haftar arsenals seized in the recent loss of the NLA of the town of Gharyan.

But as we said earlier this is a civil war, and as such, to paraphrase Mao, your weapons should first come from the enemy’s arsenal, and it also follows that a foreign sponsor is a good thing to have. Therefore, within the fluidity of military affairs of the last 15 years there have been untold amounts of munitions and weapons, and even weapon systems changing hands.

But this should be no apology for Erdogan’s enemies to bolster their own allies and proxies, against his newly found allies among Iran’s proxies. If Turkey has chosen to follow the warpath in Libya, it will also face the consequences. The lines are still being drawn, and there is hope among a shrinking minority of pundits that the worst can be avoided.