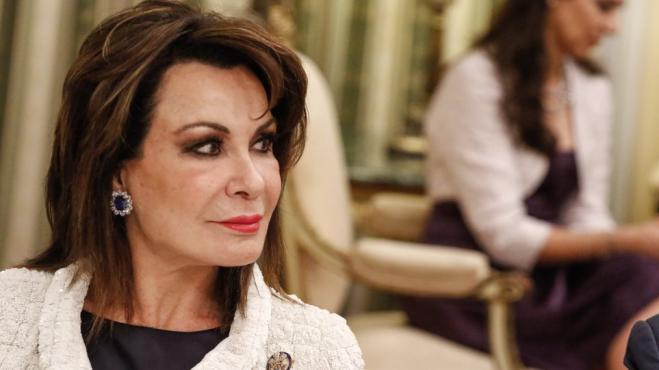 Many see the government of Kyriakos Mitsotakis as continuing the "multi-cultural" phase ushered by the former government of SYRIZA. On the one hand through his declarations on issues sensitive to Greeks and on the other hand, through his sister Dora Bakoyannis’ statements to "keep immigrants as land workers", many Greeks are worried by suspect "modernist" notes that seem to strike at the very spirit of Hellenism.

Currently statements from mayors of eastern Aegean islands who want all immigrants to leave for the mainland, despite the fact that if this happens those that should be deported will not and will remain in Greece, with no way out. And on top of this Turkey is releasing more and more migrants even towards the sensitive - because of the EEZ issue – island of Kastellorizo ​.

But the icing on the cake of this haphazard multiculturalism was placed this week by Greece’s designated event planner, Yianna Angelopoulou, who is in New York these days to prepare for the celebration of the 200th anniversary of the Greek Revolution of 1821 with great designs for museum and music events.

In collaboration with the well-known "Ottoman-era historian" Mark Mazower and other leftist theorists (Mouzelis, Tsoukalas, etc.) Yianna and company are preparing to level the 1821 revolution with the bulldozers of revisionist history and postmodernism.

The Greek public fears a possible desire to debunk Greek history and historiography to facilitate possible goals of ingraining a globalization agenda, under the guise of "historical reconciliation." Despite the fact that the New Democracy party is on the right of the political spectrum and considered conservative it continues to let the Left maintain a leading role in intellectual matters and matters of historiography. This is an issue disturbing many scholars who see a morally bankrupt ideology that once subjected the country to a brutal Civil War in an effort to turn the country into a Soviet satellite under Stalin and to cede pieces of its land to its neighboring enemies, still hold the reins of what is considered historically correct.

In this context, quite disturbingly, Yianna Angelopoulou has announced her intention to invite Turkish artists to events "in order to have a multi-faceted approach and an active dialogue," even though all those who disagree with Mr Erdogan’s revisionist and fascist views have been jailed. In 1821 Greeks rose up to reclaim their liberty after four centuries under the yoke of their Ottoman oppressors. This would not be very different from Russia, calling on Germans to commemorate the anniversary of the slaughter of 26 million Russians in World War II?

Deconstructing and debunking national images and historical perceptions are suspect, especially when they are so unilateral, and while Greece is under continuous and rising threat from its bellicose and expansionist Turkey, and flagrant provocations from its northern neighbors Albania and the so-named North Macedonia.

Turkey has always eyed Greek territory and has been doing its best to foment unrest and terrorism throughout the region. What is the purpose of inviting representatives of what George Horton (U.S. Consul or Consul General at Smyrna in 1922) aptly named “The Blight of Asia”, a country that perpetrated and continues to perpetrate the genocide of Christians and any minorities it sees as “unsuitable” on ethnic and religious grounds.

This country has sown the seeds of civil discord throughout the Middle East and the Mediterranean and caused upheavals displacing millions, which it now weaponizes as a vanguard for altering the ethnic makeup of Greece and ultimately Europe.

Instead, of using the anniversary of the glorious uprising to act as a cohesive force uniting Greeks ahead of the coming onslaught we have allowed the lovers of the Trojan Horse to bring it into our polity. What Greece needs is vigilance, unity, morale, and a renewed respect for its history ahead of the storm that is surely coming, and not multicultural fiestas held by a woman who is well known, for being… well… well known