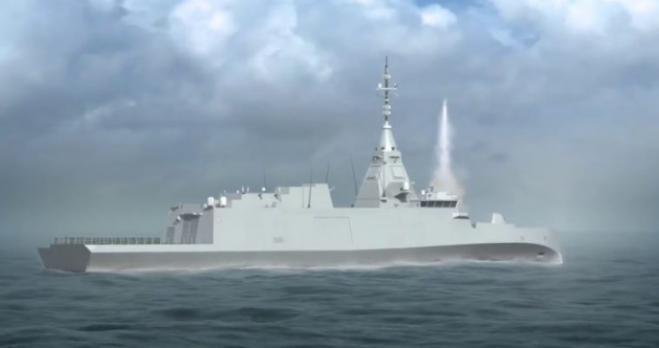 The rumored choice of the Belharra frigates as the new acquisition of the Navy brings with it certain parameters that can change the game in the eastern Mediterranean. The new data brought by the Belharra are based on the sensors and weapons they can carry, which at least in terms of the aviation environment in which the Navy will now be able to conduct area air defense satisfying a long-standing need.

As nothing has been consolidated yet, in particular, the armament configurations of the frigates offered to Greece have not become known, we will take into account previous publications which wanted the ships to carry the digital control system, the multi-role radar 4 FF AESA, anti-aircraft missiles Aster 30, and possible surface-to-surface missiles SCALP Navale.

With these data, the new frigates can initially be the core of a very strong strike force that can claim dominance in the eastern Mediterranean and with the integration of all four ships to form a chain of strong naval points that will guarantee the unexpected navy. and air communication between Greece and Cyprus ensuring the EEZs of the two countries.

The solution of the first Belharra
Given that the construction of the first Belharra frigate for the French Navy has not yet begun, it is unlikely that we will see a Greek frigate join the fleet in the near future. It could be included in an agreement, France to give us the second frigate under construction, at some point in 2023. This is something that would upset the French navy, but it is basically a political issue.

There is, of course, the intermediate solution of two modernized La Fayette frigates, which, however, do not meet the Navy's long-standing requirement for area air defense and are probably seriously behind in this sense. They are capable ships with some characteristics that make them valuable if they are covered against enemy aircraft by other units. However, they will not allow the stable and long-term presence of the Greek Fleet in the Eastern Mediterranean.

Instead, a first operational Belharra could be the core of a task force that, framed by other surface units - submarines, older frigates, fast missile craft, support ships - can sail safely without fear of the Turkish air force. and can even take on an even larger enemy fleet.

The Belhara will extend a +100km air defense shield within which the other frigates at some distance will provide a second +50km air defense perimeter with ESSM missiles. Rockets and lighter vessels will be able to play the role of terminal defense with RAM systems. Inside the grid are also active anti-aircraft fire systems of Super Rapid 76mm and Phalanx 20mm cannons. Such a scheme also allows defense against saturation attacks by surface-to-surface missiles.

Belharra with these features can neutralize enemy anti-submarine helicopters at these distances. This means that at a distance of +100 km the Greek submarines can secure the area from oncoming enemy naval forces. Within the same limits, F-16 or Rafale groups can be rotated inside the umbrella to provide additional coverage.

One, two, many Belharra
The need for four new frigates is not arbitrary. Practically and reverently following the specifications, the number of four boats means that you have at your disposal at any time immediately, or at sea, two boats, one in reconstruction - repair - upgrade and one in rest. All this on the condition that none of these ships will be sent on a mission outside the Mediterranean within the framework of the UN, NATO, etc.

If this is observed, then in case of emergency all three and maybe all four will be available. The past has shown that the political leadership has not allowed the Navy to carry out the proper procedures.

The inclusion of four Belharra frigates could be the transformation of the Navy into a Blue Water Navy, allowing its continued presence in the eastern Mediterranean. Only the geostrategic composition of such new data, changes the data and allows Greece to defend its rights on the field, imposing and not begging for the legitimate EEZ that touches the EEZ of Cyprus.

With four Belfarra, creating atask force is just one option. Up to four such fleets can now be created, or alternatively up to four overlapping areas can be created which ensure navigation and sea routes to and from Cyprus, between which the other units of the navy can operate. As the distance between Rhodes and Cyprus is a little more than 100 km in a state of emergency, these four ships close this area to Turkish Air Force operations.

Cyprus is no longer far away
It should be noted that Limassol at the southern tip of Cyprus is less than 150 km from the nearest Turkish coast and about 300 km from the port of Antalya. This practically means that a Belharra frigate sailing on the south coast of Cyprus, can provide anti-aircraft cover to the National Guard throughout the island, preventing Turkish air superiority, which in a way sealed its operations there.

Given that the Exocet MM40 Block3 missiles carried by the Belharra have a range of up to 140 km and given that the distance from Larnaca to the north coast of the island is about 70 km, the approach of the Turkish fleet or ships carrying reinforcements or supplies is practically blocked. in the occupied territories. The existence of additional such arrays in the hands of the National Guard means that a naval blockade of the occupied territories can be practically imposed.

If we calculate that the σηιπs that Greece will buy will also carry SCALP Navale missiles with a range of +400 km, then the Turkish naval bases in the eastern Mediterranean can be fired θπον from the sea area south of Cyprus, destroying facilities and supply reserves and making Turkish naval presence in the wider region at least precarious.

All these are simple findings and it is impossible for them to escape the Turkish staffs. In other words, there is a "window" of violence for Turkey, which is gradually closing. If Turkey wants to confront Greece from a relative position of power (which is also indisputable in the current state of the Turkish Armed Forces) this can be dared, before the plans to acquire the Rafale fighters, the upgraded F-16V, the Belharra, but also other programs, begin to be implemented,

It is a fact that we are entering another era for the Navy and the Greek Armed Forces in general. But it is a geopolitically fluid age, where the Erdogan regime keeps alive the vision of neo-Ottomanism, albeit facing challenges internally and externally, and therefore continues to be a very tangible threat. If Ankara believes that if it waits, it will miss the opportunity to impose its "blue homeland" or its other grandiose plans, it may make unpredictable and spasmodic moves. The times do not only require equipment, they also require vigilance, but also a more general revision of the defense, or war, if you will, dogma of the country, guided by the new data.