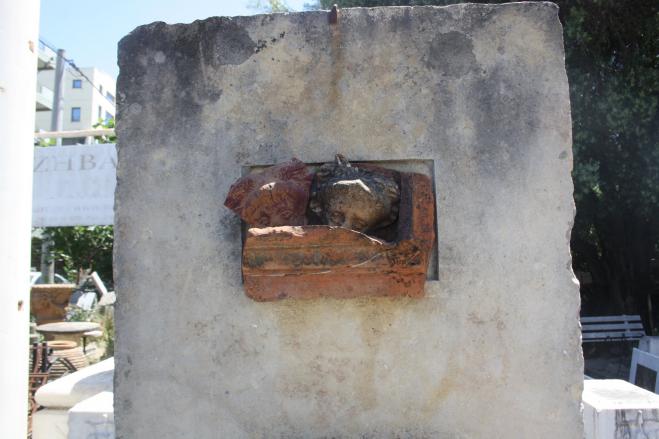 Everyone in the government's financial staff is touting their belief in a rebound after ten years of memoranda and the subsequent pummeling brought on by the pandemic. The recent oversubscribed exit to markets and the upgrade of the country's ratings by agencies has bolstered this optimism. But since the Greek people have undergone a host of trials and tribulations one has every right to feel apprehensive about any “good news” being peddled by politicians.

As everyone talks of the inherent problems that may hinder the rebound of the country's economy in terms of the labyrinthine bureaucracy, the lack of modern fast-track investment and property legislation, the heavy tax burden of entrepreneurship, and other structural issues, no one is touching on the weak link, which is actually the biggest: the trust and fidelity of citizens in the system.

At this point, the public, especially the unemployed public, is wary, despite earnestly wanting a rebound very urgently. As Carol Hannish once wrote: “personal problems are political problems.” The problems of an economy the resources of which were depleted and its future mortgaged in a process that began long before and only culminated in the debacle of the memoranda through  George Papandreou's speech at Greece's easternmost point, the much contested by Turkey, Kastelorizo.

And it is here that one aspect of the problem emerges that is often overlooked, or at best put on a back burner. It is exactly the issue that the personal is political that highlights the problem. The disenchantment of citizens translates into a feeling that they lack any efficacy to pursue their interests vis-a-vis political decisions that pertain to their lives and pockets.

The issues plaguing the public are very salient and include unemployment, which despite dropping still remains too high, the loss of purchasing power of wages and pensions, and heavy indebtedness caused by a spree of personal loans (during the “good times”) and the subsequent crash of the economy that hindered the servicing of said loans as well as taxes and social security payments.

Having been pampered by a clientilistic system, established decades ago, by politicians that felt no qualms about lopsided budgets, where public spending (to provide benefits and incentives for voters) was augmented trough borrowing, citizens were ill-equipped economically as well as emotionally to cope with the sudden harshness and squalor brought on by the memoranda.

The following ten years brought more discredit to politicians and a greater gap between citizens and the state, which has always been a vehicle for party favoritism, The five-year rule of leftist SYRIZA with far right ANEL and its promulgation of the (now infamous) referendum on the continuation of the memorandum, the results of which were flagrantly ignored, was perhaps the pinnacle of disillusionment. The subsequent total collapse of the economy and the huge jump in unemployment, especially among the young destroyed the finances of many households, often cutting across class lines.

The rebound that started to emerge after the current government took office didn't last long, as it was not long before Turkey's proclivities materialized in the form of an attempted breakthrough by immigrants along the land border along the Evros River, which was immediately followed by the first outbreak of the pandemic. The new political clout wielded by the government, bolstered by “victories” in Evros and the Aegean, which essentially stopped migratory flows, allowed the first lockdown to take place smoothly and with an incredible, for the Greek public, discipline.

The country's dependence on tourism, instead of being seen as a crutch for an otherwise waning economy, was touted by all governments since the 1950s as the country's “heavy industry”, ignoring the pitfalls of a monoculture economy. For many Greeks, tourism was a choice of employment, whether they were entrepreneurs, or employee service providers. So in the midst of the pandemic under popular clamor, the government re-opened tourism during the precarious summer of 2020. This provided a modicum of income for some, but quickly led to a second wave of the pandemic and another lockdown.

The subsequent lockdowns have aggrevated public sentiment, to a large extent illogically, especially among the young, who continue to remain to a large percentage unemployed. At the same time the large public works proclaimed by the government, that are planned to provide more and better jobs have been moving at a snail's pace.

The current gap between economic planning and the involvement of the civic society cannot be ascribed to either one or the other of the two sides of the equation, since they are connected vessels in a clientilistic system. It is not that the economic and political elites are alienated from social reality. In fact they are completely in tune with the baser instincts of the masses for remuneration without adequate performance.

Despite the current government's efforts to modernize the state apparatus and streamline it according to contemporary best practices, the vast majority of the political staff continue to peddle possible positions in the hydrocephalic public sector, attempting to lure voters with the bait of a tenured state position with many perks and little accountability.

At the same time, despite the entrepreneurship shown by Greeks abroad, the same does not hold for many Greeks at home, perhaps because the negative climate in the country pushes people who want to excel to leave and do so abroad. Those that chose to begin new ventures, during the years that preceded, did so in food service and similar sectors which don't contribute to growth, but allow leeway in cheating the state of its due taxes (income and VAT) and social security contributions.

On the other hand, jobs that crop up in labor intensive primary productive sectors, like agriculture (which is highly extroverted) do not attract the local workforce. The last decade, fraught with inactivity, have further cultivated the lack of efficacy, and have lowered wages to the degree that young people would rather live off parental subsidies or unemployment benefits rather than earn an extra one, or two hundred euros.

Obviously, if the state does not just proclaim its convergence with civic society while not actively involving citizens in the process, it does nothing to mitigate the ills plaguing society and their immediate reflection on the economy. And this will not bode well for the future.