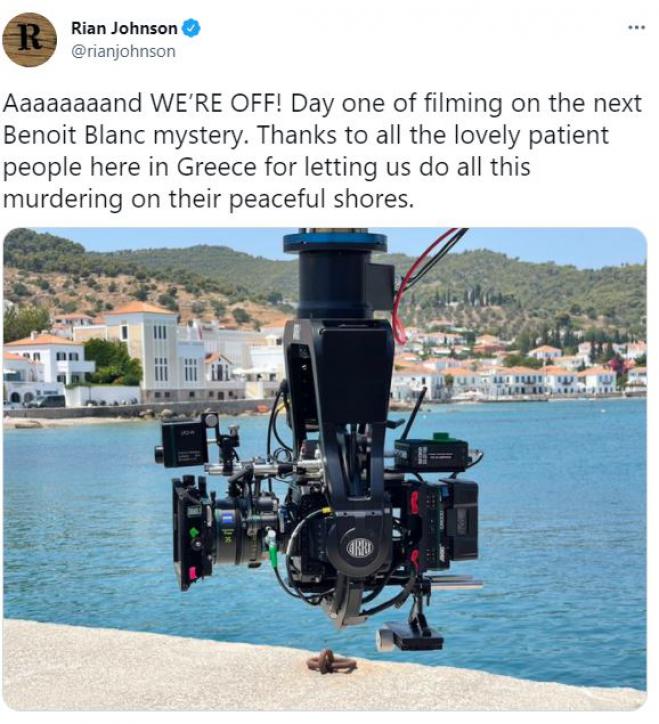 Many months after Netflix had announced that the shooting of Knives Out 2 will take place in Greece, the cinematographers of the film arrived in our country a few days ago.

Now, Netflix has officially announced that the shooting of the long-awaited sequel will begin, starring Daniel Craig, Kate Hudson, Dave Bautista and Edward Norton, among others.
A tweet from the film's director, Rian Johnson, who previously gave us "Looper" and "Star Wars: The Last Jedi", made it known that the cameras are now recording the $ 200 + million mega-production.

Variety and Deadline report that this is one of the largest streaming movie deals ever, with $ 400-450 million for the sequel and Knives Out 3 combined.

In fact, Johnson did not fail to honor Spetses, where it is one of the places where the mystery film was shot, posting a photo from the port from the natural plate:

"And we start! The first day of filming of Benoit Blanc's next mystery. We thank the dear and patient people here in Greece who allowed us to commit all these murders on their peaceful beaches. "

So far we know that most of the film will be shot in the area around Porto Heli and Spetses and specifically in Dapia.

They will then be transferred to other nearby coastal areas in the vicinity. For the needs of the shooting, in fact, a luxury yacht arrived to be used in shooting many of the scenes.

A mock-up poof the yacht is also expected to arrive in a few days so that it can be blown up in an impressive way, obviously because it will play a role in the script.

It is worth saying at this point that the film will normally state that the action will take place in Greece and thus Spetses will not be "baptized" as another part of the world.