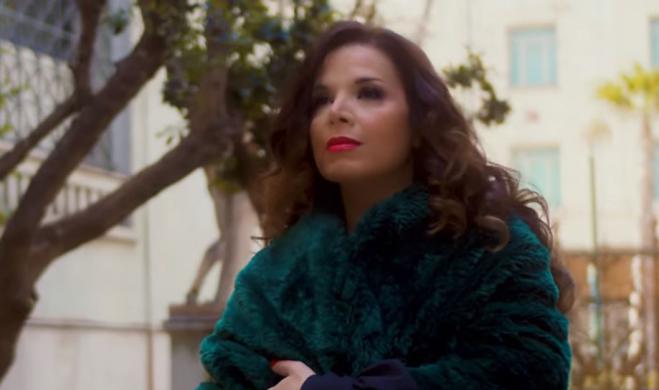 From Friday 18 March on Italian radios Marian Georgiou's new Italian single "Vivo per te" (Maqueta Records / Artist First) available digitally. The song has already stood out and is on the lists of the most popular Italian songs.

The fascinating Greek Cypriot artist, who a few years ago reached the top of the European charts with "November", the English version of the song that became a great success in Italy by Giusy Ferreri, is now experimenting with a crossover piece, intended for the international market, orchestrated by renowned violinist Alfred Shtuni.

"Vivo per te" is a romantic ballad signed by the internationally renowned Italian composer Marco Marinangeli, an already highly successful composer with Andrea Bocelli, Il Volo, Josh Groban, Il Divo, Placido Domingo, Miley Cyrus and other international artists. Marian Georgiou already has collaborations with leading Italian singers & composers such as Gigi D’Alessio, Raffaella Carrà, Roberto Casalino, Pietro Cremonesi and Francesco Boccia. The Spanish version of the song, which is expected to be released in the coming days, was edited by Mexican composer and producer Manuel Herrera Maldonado, winner of the 2002 Grammy Award.

"" Vivo per te "- says the composer Marco Marinangeli - I wrote it at a specific moment in my life, when I was inspired to talk about the dual character of love: the one you feel so strongly with all your being, to the point where you feel that you live only for someone else, for this person, however the relationship can become so fragile that you can lose that person very easily for a thousand different reasons ".

The video clip of "Vivo per te" was directed by Dimitris Georgosopoulos and the shooting took place in the garden of the Numismatic Museum of Athens, at the "Actor's House" Foundation and on the Main Stage of the theater of the Parnassos Philological Association. The photo was taken at the house of the great Greek woman, Melina Mercouri.