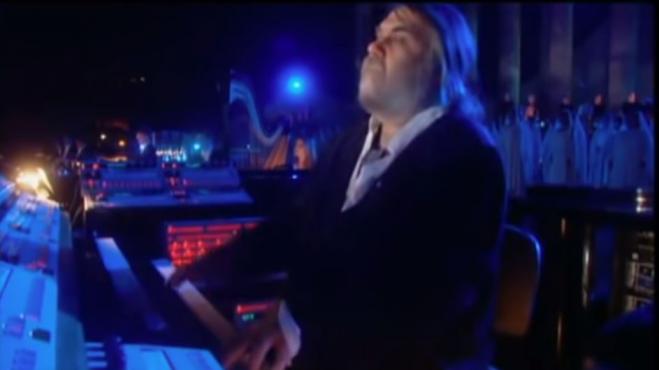 Oscar-winning composer Vangelis Papathanassiou has passed away, according to an announcement by law office that represented him. The announcement said Papathanassiou, better known simply by his first name, Vangelis, died at hospital in France on Tuesday, where he was being treated for Covid-19. Papathanassiou was 79.

His musical career spanned six decades, as a performer, producer and composer, with his most distinguished work being the soundtrack for the 1982 film “Chariots of Fire”. Other Hollywood projects included the iconic Blade Runner and 1492.

He was awarded the Oscar for the music of the film "Roads of Fire", in 1982. He had also invested in music for many other films, such as Blade Runner, 1492: Christopher Columbus, Alexander, El Greco and others. He had collaborated with Demis Rousseau, Irene Pappas and John Anderson.

In 1997 he directed the opening ceremony of the 6th IAAF World Athletics Championships, which took place at the Panathinaikos Stadium in Athens.

The project is inspired by NASA's pioneering mission with the Juno spacecraft to explore the planet Jupiter. A multidimensional musical journey with the participation of opera star, Angela Gheorghiu. The album also includes sounds from Juno's launch from Earth, from the spaceship and from the different stages of Juno's journey, which are in harmony with the music of Vangelis Papathanassiou.

In terms of music, he appeared in the early 1960s with FORMINX who were described as "the Greek Beatles", the first and most popular band of rock youth. Τheir greatest success was a dance song called Yanka. They caused a huge wave of mimicry and throughout Greece the first youth bands began to form. But in May 1966, in a recital called MAMOTH, Forminx appeared for the last time.

The next important step for Vangelis Papathanassiou, took place in 1967, when he formed Aphrodite’s Child. The other members were Demis Roussos, Loukas Sideras and Argyris Koulouris. They were not yet named Aphrodite’s Child, they will take that name later, in 1968, in Paris. In Greece, under the name Papathanassiou Set, they played mainly at the Hilton but had the dream to leave and make a career in London.

However, they ended up in Paris trying to eke out a living. Fortunately, with the help of the Greek producer, Nikos Antipas, they manage to be accepted for audition by the French record company.

The company urgently needed a band in response to the rival Four Tops, who were preparing to record a song-adaptation of the classic melody by German composer Johann Pachelbel, known as Canon de Pachelbel. The French wanted to "burn" what the Americans were preparing, and suggested to the Greek musicians that they be the first to record the song. For this purpose, they also had the lyricist Boris Bergman, who had already prepared the lyrics. The song, as it would be, was titled "Rain and Tears".At first they wanted nothing to do with this, but rather than remaining penniless and heading home, they succumbed.

Papathanassiou quickly arranges the classic melody, they enter the studio and in two hours, they record the song. In return, the people of the company name them Aphrodite’s Child and find them a job at a bar, PSYCHEDELIC. They work there for a cheap wage, but at least they work, and that's something, until the invitation comes from England, who they still believe will come "at any moment" but which in the end never came.

But, fortune smiles upon them! The French record-cutting factory closes with the big strike that heralds the French May '68 events, and the last record it manages to print is their song, Rain and Tears, which became the anthem of the demonstrations in burning Paris!

Because, the rebellious students always had transistors to listen to news. The French Stations, among others, broadcast the new song, and for a month or more, after the factory had closed, there was no new song. So the revolutionaries constantly listened to Rain and Tears, and in an associative way combined the "rain" and the "tears" with their own tears from tear gas.

The album End Of The World, is the first album released in the same year, was an excellent example of the psychedelic mood, and in fact of the English school. It has a style similar to that presented by the Moody Blues. In Aphrodite's Child, rock music is combined with classical elements, but in some songs (such as Day of The Fool, The Shepherd and the Moon, The Grass is No Green etc.) Vangelis Papathanassiou combines rock with traditional Mediterranean music.

The album End Of The World, is created shortly before and shortly after, the French May. But no song mentions the shocking events. Papathanassiou, four years later, will make a reference to the Paris May, on the album Fais Que Ton Rêve Soit Plus Long Que La Nuit (1972).

It's Five O'Clock is the second Aphrodite's Child to release in 1969 and has since become famous. However, various situations have already created the tendency for disbandment and for members to follow separate paths.

But before the final dissolution, Vangelis Papathanassiou decides to release the swan song of the band, ie the album 666.

666
The album is based on the Revelation of the Evangelist John. The album is the result of a collaboration between Vangelis Papathanassiou and the director Costas Ferris, who lived at the time (1970-71) in Paris, as a hippie.