US President Donald Trump made reference to the common values that bound Greece and the US during his address on occasion of celebrations in honour of Greek Independence Day (March 25) (revelution against the Ottoman Empire in 1821) at the annual formal reception held at the White House.

“Just like our ancestors, we will also gain strength from the ties of history and culture that unite our countries and shape our destiny. And we renew our commitment to the values and principles that determine who we are. And we are united in the values of freedom, justice and democracy today and forever”, Mr Trump said during the reception.

The US President continued by recognising Greece as the birthplace of democracy and western civilisation. adding that those common cultural roots inspired citizens in all the nations of the western world to spring into action and support the Greeks’ fight for independence and self-determination. “Everywhere around us, here in the US, we see the deep influence of Greek culture, art and philosophy. The founding fathers consulted the wisdom of the ancient Greek city-states when they wrote our own Constitution.

They knew what they were doing”, Mr Trump said, adding that the White House honoured Greek Independence Day since 1987.

On his part, Archbishop Demetrios of America called on the President to support religious freedom of the Patriarchate in Constantinople, as well as the promotion of a just and viable solution to the Cypriot problem and a solution to the name dispute between Greece and Macedonia.

Of course, the president of NGTV Yanna Darilis could not be absent from this event. Ms Darilis dressed in a white cocktail dress and black pumps cut a most elegant figure among the attendees, something which Greek media commented on admiringly. 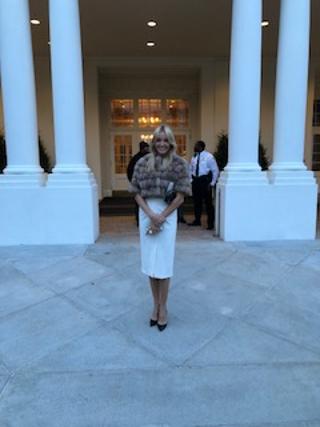 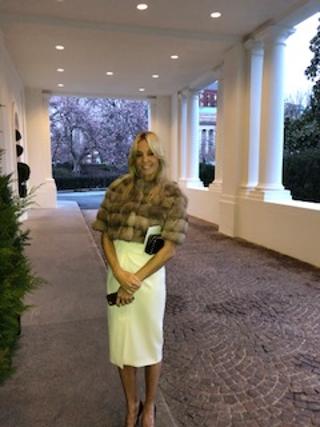 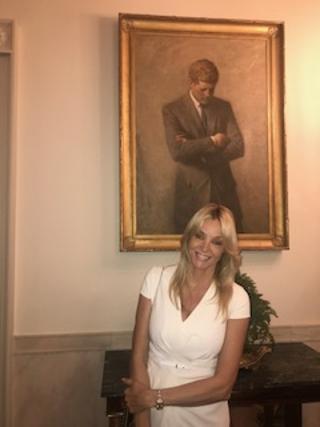