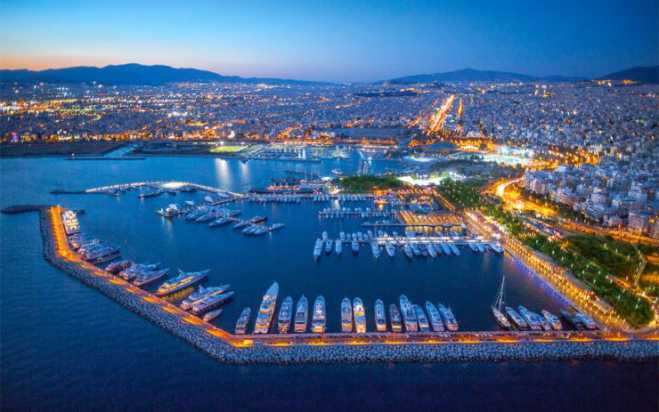 The famous "Athenian Riviera" is taking on a new face, as throughout the length of the 70 km coastline stretching from Mikrolimano to Sounio there is a large number of recreational, landscaping and real estate development, with new luxury villas, and five-star hotels, while the work of the redevelopment of the former airport in Elliniko has not yet begun.

According to a survey by Algean Property, a real estate services provider, the prospect of the above interventions in previous years, has managed to curb house price loses in the regions that benefit, ie in the southern suburbs.

Today, a large part of the projects are in full swing and the economy is in a better position than the recent past, the first price increases have also been recorded, a development that is also due to the positive contribution of the Golden Residence Visa".

In Glyfada, for example, the rebuilding project by Grillia Hospitality, the tourist branch of Grivalia Properties AEEAP, is being implemented at this time in an area of ​​285 acres. The firm is building a luxurious resort, aiming at its operation for 12 months. In addition to a five-star hotel with a capacity of 400 beds, which will operate under the guidance of an international group, amenities and recreation will be added to the area. It is likely that the project will be completed in 2019.

A few kilometers further, Vouliagmeni is seeing another significant investment in the hospitality sector, the reconstruction of the Asteras complex.

There, AGC Equity Partners will spend 100 million euros to upgrade the related infrastructure, under the name of Four Seasons, which will also enter the Greek market.

The first phase of the project includes the reconstruction of the Arion and Nafsika units, where apart from the 300 beds, apartment blocks will be added. The second phase concerns the renovation of the marina and the sale of 13 plots for the construction of luxurious villas within the complex. The total permissible building area is 56,000 sq. m. of which 41,500 sq.m. will be allocate to the two hotels, while the villas will cover 26.5% of the built up area. Under the investment, 6,300 trees will be planted.

There are also positive messages concerning the launching ofan investment of 8 billion euros in Ellinikon in 2019, more than five years after the completion of the competition. In addition to the 2,000-acre metropolitan park, the casino will also be at the center of a luxury hotel complex, shopping centers, and residential complexes.

According to a relevant IOBE study, the work at Elliniko alone is expected to increase the annual tourist flow by 1 million.

The restoration of the Phaliron beachfront is also important. The first phase, which concerns the reconstruction of the coastal avenue, through its "compatmentalization", will be completed in the next few months.

Second phase projects, including the creation of the Ecological Park, a "green" project costing € 90 million, will be launched soon. This will also include the "tunnel cover" and the construction of 2 underground parking spaces in order to build up the largest coastal park in Athens, just 5 kilometers from the city center.

Already a few meters further, in the Delta of Faliro, where the emblematic Stavros Niarchos Foundation Cultural Center stands.

What is clear is that the Athenian Riviera, a project which in the past was attempted to be developed as a whole, with the establishment of a relavent company, to which the publicly-owned buildings to be redeveloped or built, is finally taking shape through private initiative.