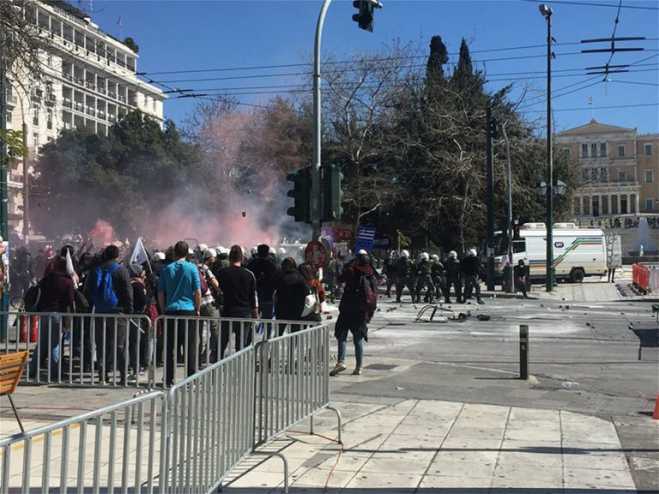 Syntagma Square and the surrounding streets in Athens turned into a movie set for several hours.

The production team of the movie “Born to be Murdered” had the center of the Greek capital at their disposal for the shooting of some the movie’s scenes.

This has prompted the curiosity of many people gathered in the spot to watch the shooting of the American-Italian production starring John David Washington, son Denzel Washington.

And if the Greeks were aware of what was going on there, the tourists were bewildered and were asking what was happening.

The scenes that were being filmed were included actual anti-riot police units etc.