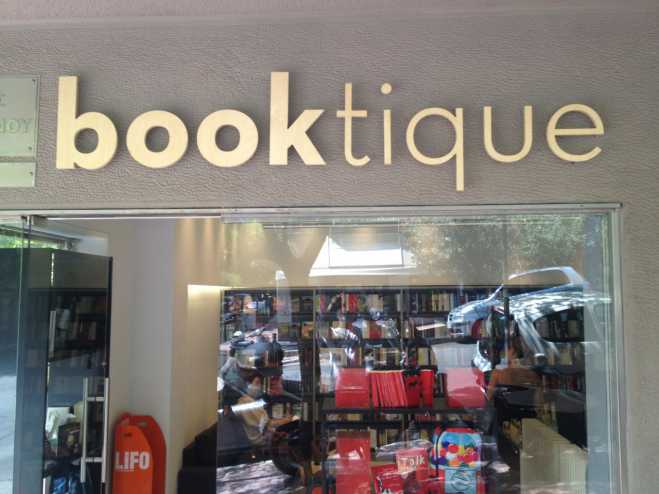 One of Greece’s oldest bookstore chains is inaugurated a special Chinese section catering to a rising presence of Chinese businesses in Greece and growing cultural links between the two countries.

From now on visitors of Booktique bookshop, which is located at the affluent district of Kolonaki near the Greek parliament, can find dozens of Chinese books in the special section and get to learn more about Chinese people and Chinese culture.

During the opening ceremony, organizers of the initiative told Xinhua that they want to build a new bridge of understanding between Greek and Chinese people through the initiative.

Starting with about 50 books in Chinese and English languages, the bookshelf aims to increase its volume to at least 500, according to Sofika Eleftheroudakis, CEO of the G. C. Eleftheroudakis S.A. International Bookstore. Booktique is the latest “child” of the fourth-generation booksellers in Eleftheroudakis family.

As the cooperation with Chinese publishers deepened, Eleftheroudakis family now has brought to Greece a selection of Chinese editions mainly on Chinese language, Art, modern literature and children’s books under a program run by the China Publishing & Media Co., Ltd.
“This project is mainly to introduce Chinese good books to readers around the world. The Chinese Bookshelf has already landed in 16 countries on four continents. This is a good attempt,” Sun Yuemu, Deputy General Manager of China Publishing & Media Co., Ltd., told Xinhua on Friday.

Booktique’s clients have given a warm welcome to the initiative, browsing through the editions, as the Chinese Bookshelf was filled with books earlier this week, Eleftheroudakis said.
“More and more Greeks are trying to learn the Chinese language. It is taught at some schools. There is clearly interest for everything, the Chinese language, literature, children’s books and you know one gets to learn a lot this way. You can learn something new about culture through literature,” she noted.

The Chinese Bookshelf is a step-in effort to enhance communication between the two countries and peoples, she stressed.
“Our goal is to bring the two societies closer through Chinese books in Greece and Greek books in China… This is my idea: to promote, to create sooner or later a similar Greek shelf with Greek books and design objects at Chinese bookshops,” she said.

Sun Yuemu also expressed willingness to strengthen exchanges and ties with Greece.
“The People’s Literature Publishing House has published many books about ancient Greek myths and legends. It is the spiritual nutrition that our Chinese youth grew up from generation to generation,” he explained.

“The Commercial Press has a number of the world’s academic masterpieces translated into Chinese. There are many Greek classics like the works of Plato, Aristotle, and Socrates, which have been popular for many years. Chinese readers enjoyed them very much,” he added.

“We can say that Chinese has more access to Greek books and knowledge about Greek culture than the Greeks’ access to the Chinese books and culture. We want to better tell the Greek readers about China and show them China’s excellent traditional culture, modern China and its development, truly and objectively,” Sun Yuemu said.