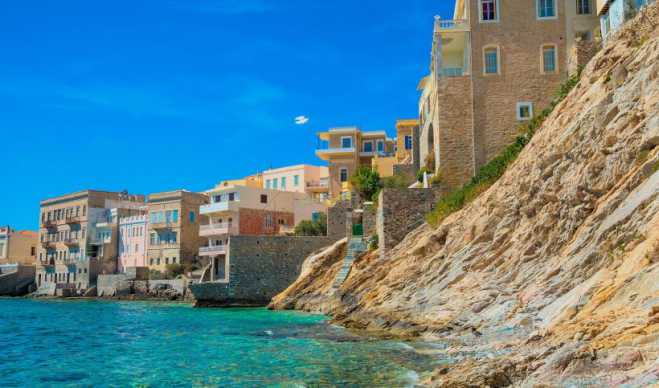 Syros, the capital of the Cyclades islands' archipelago is focusing on the tourist industry and acting to increase tourist flows ahead of the imminent tourist season.

Speaking to Athens-Macedonian News Agency, Syros mayor Giorgos Marangos said that tourist arrivals on Syros in the four-year period 2014-2018 increased by 40 percent, while in 2018 the island had attracted over 200,000 tourists.Marangos said that for the coming period the estimates are positive and according to the island's market plan Syros is betting on the tourists markets of Italy, France, Germany, Russia, the United Kingdom and the Balkan countries.Syros offers a rich tourism portfolio, which includes cultural, sports, school trip and sea tourism.He said that the port of Ermoupolis (the capital of Syros) has been upgraded while the airport is also undergoing an upgrade so that it can receive charter flights, something that is expected to increase arrivals. The wager for the island's tourism sector is to improve connections with the islands of Santorini and Mykonos, which will allow the implementation of tourist combo packages, as foreign visitors like to visit the majority of the islands that belong to the Cyclades island complex.