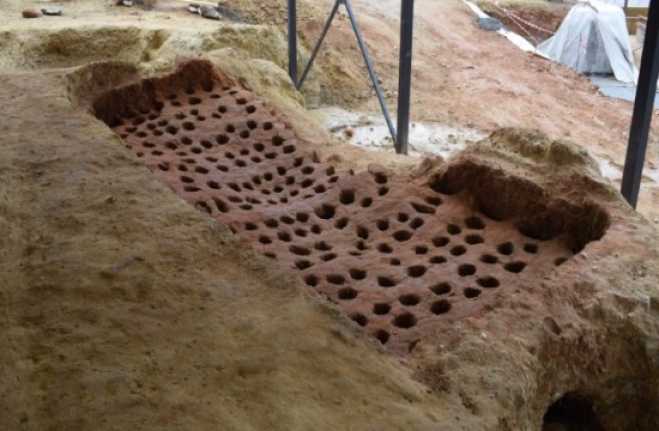 Two well-preserved kilns of the Byzantine era were revealed in the area Gratsani in Kozani, northern Greece, during works for the construction of a sub-station at the West Askio wind farm.

The archaeologists that made the discovery believe that the kilns, along with the ancient warehouses found on the site, belong to a Byzantine-era pottery workshop.

According to the chief of the Kozani Antiquities Ephorate Areti Hondrogianni, “one of the two kilns is in a very good condition, with an area of 10 square meters and a rack that has almost 200 apertures and is supported on 10 arched pillars.” The archaeologists observed that all the apertures in the kilns were very carefully blocked with stones and tiles, while both its entrances were sealed. They came to the conclusion that the owners had temporarily closed the workshop with the prospect of using it again in the future. The workshop appears to belong to a nearby settlement that has not yet surfaced, on which there is no further information.