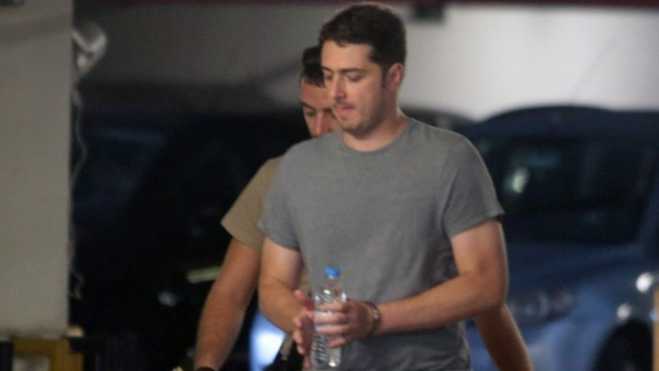 Jailed business man Aristidis Floros, sentenced to 21 years in prison for his part in the Energa and Hellas Power embezzlement scandals, is to be released on Tuesday after a Five-Member Criminal Appeals Court agreed to a request to suspend his sentence, against the recommendation of a public prosecutor.

The court has ordered Floros' release on a 50,000-euro bond and barred him from leaving the country, while requiring that he report to a police station twice a month.

Floros had requested his release on the grounds that his sentence under the new penal code, which has reduced the maximum penalty for financial crimes, will be much lower, noting that he has already served six years and returned almost the entire sum demanded by the state and local authorities.Floros had been released on health grounds last year but then returned to jail after the validity of his medical certificates was cast into question, with charges filed against 17 individuals that were involved in certifying his ill health.

The decision to release Floros was strongly criticised by the lawyer representing whistleblower Giorgos Antonopoulos that helped bring him to justice, who remains jailed on remand on charges of blackmailing Floros.

According to Antonopoulos' lawyer, it was "an affront to justice" that the man convicted of embezzling 256 million euros from the Greek people was going free while the people that exposed him should be held based on the witness accounts of a man that, according to Greek justice, had embezzled funds and organised the murder of both his client and his lawyers.

In an announcement issued in response to the court's decision, the ruling New Democracy party blamed the release of Floros on the new penal code passed by SYRIZA, saying "its first negative ramifications were starting to show themselves."

"ND, as per its commitments, will change all the problematic articles of the new penal code within the next few days," the announcement said.