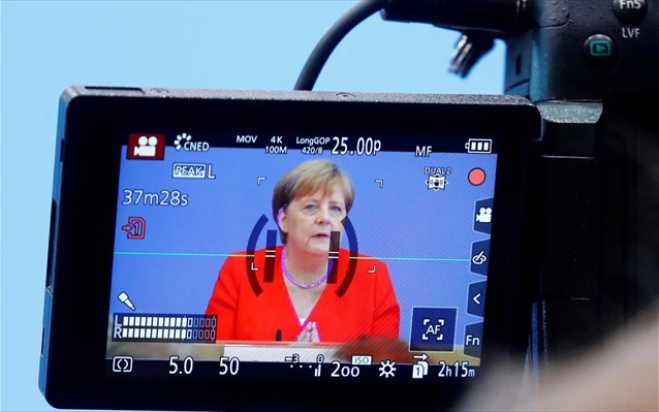 German Chancellor Angela Merkel on Friday was quick to dissuade any notion of a "honeymoon" with the new Mitsotakis government in Athens, saying there can be no "discounts" in terms of the Greek debt because of a change at Greece's helm.

Speaking at a customary summer press conference, the German chancellor nevertheless praised the announced economic program f the new center-right government in Greece, but quickly added that she will wait for results.

"We'll have to see what developments will arise," she said, while calling this past week's successful issuance of a seven-year bond by the Greek state, with a yield of 1.9 percent, as "very positive".

In terms of the debt, she reminded that whatever relief discussions over the Greek debt will come at the Commission setting and at the Eurogroup venue.

Both Merkel's ruling CDU party and Kyriakos Mitsotakis' New Democracy (ND) are members of the center-right EPP grouping at the European Union level.