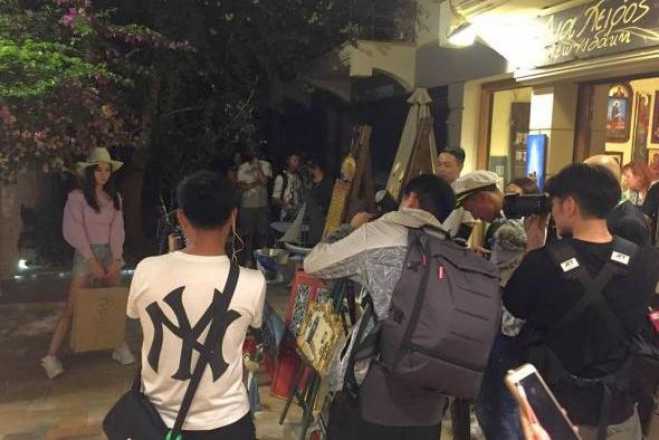 The Greek islands of Santorini and Kefallonia were recently selected as the filming locations for the second season of the popular Chinese celebrity travel TV show, “Slow life: Feel the world”.

A 50-member crew, headed by actress, singer and influencer Dilireba Dilimulati, visited the islands in July to film two episodes that will broadcast by online video platform IQIYI and Chinese website Sina Weibo.

The members of the Chinese TV show were invited to Greece by the office of the Greek National Tourism Organization (GNTO) in China, as part of the organization’s national tourism strategy to attract foreign film productions and promote Greece to the international market.

Through its office in China, GNTO facilitated the communication with local authorities in Greece, as well as the issue of visas.

The organization also offered four air tickets for transport between Athens and Beijing. The members of the Chinese delegation were hosted in Greece by local authorities and private companies.

The “Slow life: Feel the world” show launched in 2018 on Sina Weibo, targeting high-income, highly educated viewers. The show follows popular artists during their travels around the world.

According to an announcement, the first season reached 400 million video views.

Dilireba Dilimulati has more than 63 million followers on Weibo.

She has been voted as the “Most Popular New Actress” at the 2015 National Drama Awards. Furthermore, she has won the “Best New Artist Award” at the 2016 China-UK Film Festival, and “Best Supporting Actress” award at the 23rd Shanghai TV festival.