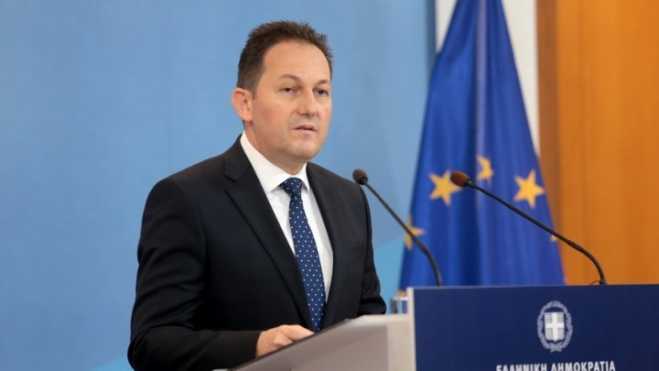 The prime minister is touring Epirus region and this "proves that we are always close to the Greek regions," government spokesperson Stelios Petsas said during a briefing on Tuesday.

Petsas added that during his tour, Mitsotakis proposed putting solid waste to use and visited the first waste processing plant that uses municipal solid waste to produce biogas, which contributes to both the reduction of waste and to generating "green" electricity. He noted that this helped reduce costs for both municipalities and citizens.

The spokesperson noted that Mitsotakis also put priority on highlighting the region's cultural wealth by visiting the ancient theatre at Dodoni and supporting the nomination of the Zagorochoria district for inclusion in the list of UNESCO cultural landscapes. Petsas said the preliminary file will be ready by September 2020 and the final one by February 2021. "The effort started in 2014 but was followed by a long period of inactivity," said Petsas, adding that Mitsotakis also focused on the development of the primary sector during his tour in Epirus.

Regarding the repayment of the more expensive loans from the International Monetary Fund (IMF), the government spokesperson said that following the briefing provided by Finance Minister Christos Staikouras to his Eurogroup counterparts, he sent letters to the European Stability Mechanism (ESM) and the European Financial Stability Facility (EFSF).

"It is a decisive step for lowering borrowing costs with multiple benefits," Petsas said, noting that the public sector will save 70 million euros a year in debt servicing costs, which will improve debt sustainability indicators and have indirect positive effects on the country's credit rating, credibility and confidence and "which will help with the acceptance of a reduction of primary surpluses."

The government also intends to present its reforms planning and highlight that Greece is an attractive destination for investments, a country at the heart of the European Union that has a say in all the major issues.

With respect to the Novartis case and the file sent to parliament, Petsas said that the plenary will make its decision on Wednesday, when the case file is officially opened and all the parties in parliament have been informed of its contents. He said the position of the ruling New Democracy majority will be announced on Wednesday by ND Parliamentary Group Secretary Stavros Kalafatis.

He also said that an announcement will be made by the development ministry concerning the measures that will be adopted in response to the oil crisis, to avoid excessive price hikes and profiteering.