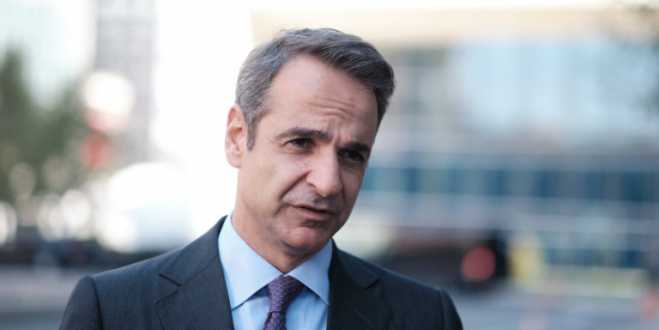 The Greek prime minister's reference that participation in the general strike was small - as wasseen by the marches - and that those who want to work and lack the securityof public sector jobs were in distress, triggering a "war of words" and sparking furious reactions.

Not only because it has raised a problem that has been in public debate for years (ie, organized minorities who are striking and mobilizing frustrate the majority of workers, as do the rallies of a few dozen strikers in Athens) but also because he directly attacked professional unionists.

Trade unionists who are the backbone of the parties of the broader Left who have taken the attack as a personal affair. However, trade unions, which in the opinion polls are considered in very negative terms by citizens, as much so as professional politicians and ... journalists. Even SYRIZA spokesman Alexis Haritsis admits such in his statement.

The Mitsotakis statement
'Trade unionists', Mr Mitsotakis noted yesterday,' have lost touch with the world of work and do not realize that workers themselves want more involvement and democracy in their decision-making. We legislate for associations to be representative and accountable. And the majority should be the ones who will decide on the attitude of the employees, optionally introducing the possibility of electronic voting. I stand by the millions of citizens who are being tested today because this is what a minority wanted. Greeks are now tired of being put to trial by practices of the past decades. It's time to move on. And we will. "

In its reply, communist affiliated union PAME accused Mr Mitsotakis of wanting the "silence of a cemetery" and added - reiterating the Prime Minister's statement - that "once again the government is passing a bill that trumps the rights and wages of many for the sake of a handful and of investors."

The statement by the Prime Minister "short-circuited" opposition parties as was made clear by the statement of SYRIZA spokesman Mr. Haritsis. He notes that Mr Mitsotakis "does not represent the many but serves the few" and adds: "The millions of workers affected, whether or not they participate in strike action, whether they trust the union leaders, or not, now understand very well what Mr Mitsotakis is doing. " In other words, he admits that there was no participation and that the trade unionists do not have the confidence of the employees.

KINAL avoided commenting on the "rubber-stamp" syndicates and insisted on the scalability of sectoral contracts: "Its legislation," the notice notes, "leads to undermining collective bargaining, and undermines wages and salaries." It added that it was unreadable that "issues concerning participation and voting are considered by us as provocative".

Communist KKE noted that "the prime minister who is elected by less than 30% of the Greek citizens who have the right to vote, talks of strikes" and called on Mr Mitsotakis to look for trade unionists in his own party.