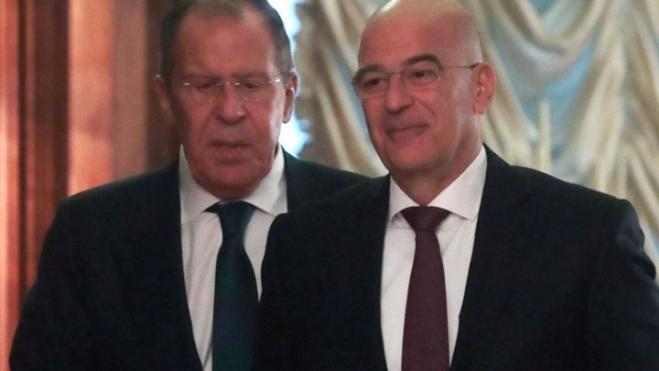 A one-on-one meeting between Foreign Minister Nikos Dendias and his Russian counterpart Sergei Lavrov got underway in Russia on Wednesday morning. This will be followed by talks that also include the delegations of the two countries.

This is the Greek foreign minister's first visit to Russia amid significant regional developments.

According to diplomatic sources, Greece hopes that the visit will mark a new chapter in Greek-Russian relations, a new phase of growth based on sincere dialogue and regular communication. To this end, the two ministers will sign a joint Greece-Russia 2020-2022 Consultation Programme. Greece aims to further strengthen cooperative relations with the Russian side, on the basis of mutual respect and equality.

In addition, the foreign minister will have the opportunity to discuss recent developments on a regional level with his Russian counterpart, with an emphasis on the current situation in Syria and the Eastern Mediterranean.

Dendias is also expected to raise the issue of the unacceptable use of migrant-refugee flows as leverage by Turkey's political leadership.