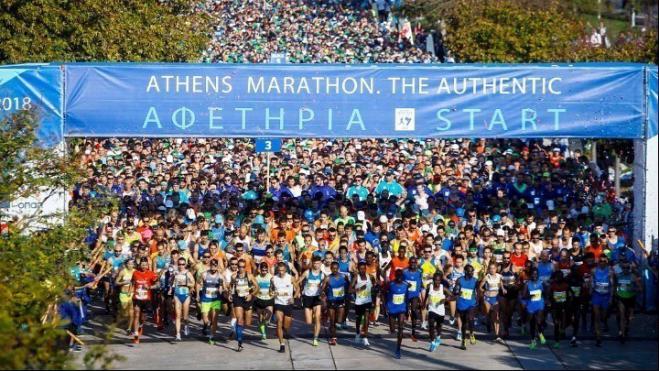 The Greek police announced the schedule of street shutdowns in the Marathon area and central Athens, as well as on affected side streets, ahead of the annual Authentic Marathon race and other smaller races over the weekend.

On Saturday, Nov. 9, during 17.00-19.00, a 10km race will start at Vassilissis Sofias Ave. at Syntagma Square to the Panathenaic Stadium. Some of the streets it will pass through include Panepistimiou, Messoghion, Fidippidou and Irodou Attikou.On Sunday, Nov. 10, during 09.00-17.45, the 37th Authentic Marathon path will follow Marathonos Avenue to the Panathenaic Stadium through Messoghion Ave, Michalakopoulou, Vass. Sofias and Irodou Attikou, among others.Also on Sunday, the following races will take place at the following hours, all starting at Vassilissis Sofias in Syntagma and concluding at the Panathenaic Stadium:08.00-10.00, a 5km race, through the streets of Panepistimiou, Akadimias, the NIMITS hospital area.10.05-10.20, a Special Olympics Hellas race of 1200mm through Irodou Attikou.10.20-10.40, a Children's race of 1200m, through Ir. Attikou.10.35-11.00, a 3km race, through Ir. Attikou.In addition, short children's races will be held by local municipalities along the Marathon towns.In general, traffic restrictions will be introduced early on Saturday morning and stay in place, by location, to late afternoon on Sunday. In Athens, in particular, vehicles will not be allowed to park on several streets as late as 20:30.Please also note that bicycle riders and pedestrians are not allowed on the streets runners will use, and they are also not allowed to cross these streets during the race.