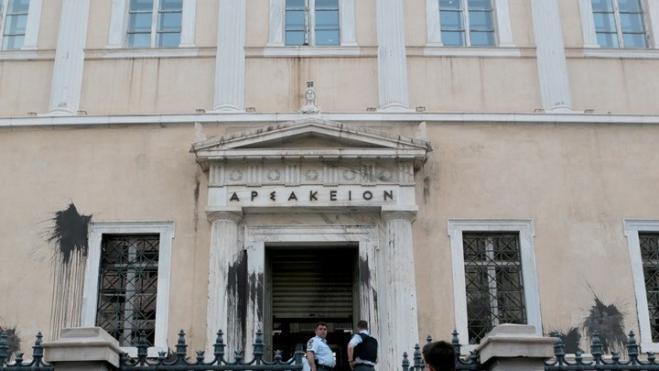 A landmark building in downtown Athens, the Arsakio Hall, will be made over through a 12-million-euro investment that will turn it into a cultural and gastronomy center promoting healthy lifestyle and food, it was announced on Tuesday.

Having housed the Arsakeio school for girls and more recently the Council of State, part of the building also included a gallery of bookstores (Stoa tou Vivliou) and a spacious cafe offering classes and lectures. Building owners, who also run the Arsakio schools - the nonprofit Filekpedeftiki Eteria (Society for Promoting Education and Learning) - along with Legendary Food company announced at a press conference that they want the building to become a top tourist destination in Athens.

Renovations of the 11,000 sq.m. (1.1 hectare) building complex are budgeted at nearly 12 million euros and will begin in 10 months. The project expected to create 500 job openings direct and 5,000 job openings indirectly.

Plans include stores with Greek producers, olive oil and wine tasting workshops, cooking lessons for children, fine-fast-food stores, and franchises in large cities such as New York, London and Tokyo.