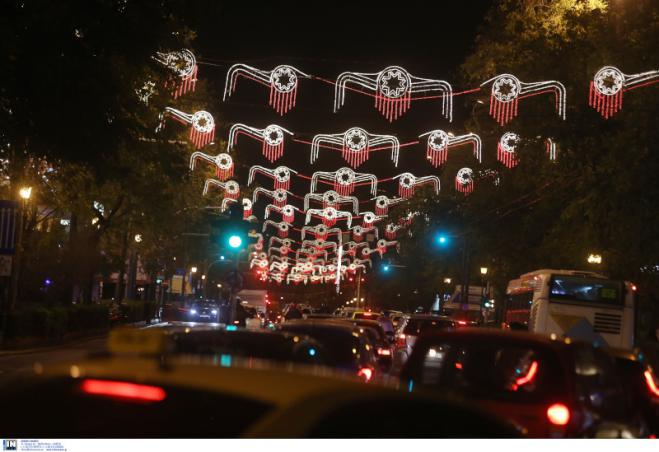 While the issue of the Christmas decoration of Vasilissis Sophia Avenue, which was undertaken by the Onassis Foundation and has provoked major reactions on social media, with its controversial aesthetics, The issue is now raised conderning the decoration of Panepistimiou Street in Athens. .

Users of social media and citizens of the municipality of Athens estimate that decorating one of the capital's main streets in the capital is at least paradoxical.

The illuminated stars have a mysterious shape, they are quite murky, and as they extend along the whole streetthey are reminiscent of alien creatures.

Comments are many, see some examples:

"They are coming and we do not know their intentions ..."

"are you coming in peace?"

"No matter what they remind everyone, they have something threatening, that is, one could see them sweeping on you, chasing you and running to save yourself and not succeeding."

"Ok guys Kaminis [the mayor before] might have been the ghost mayor but he didn't play with our nerves. Someone had to do it."