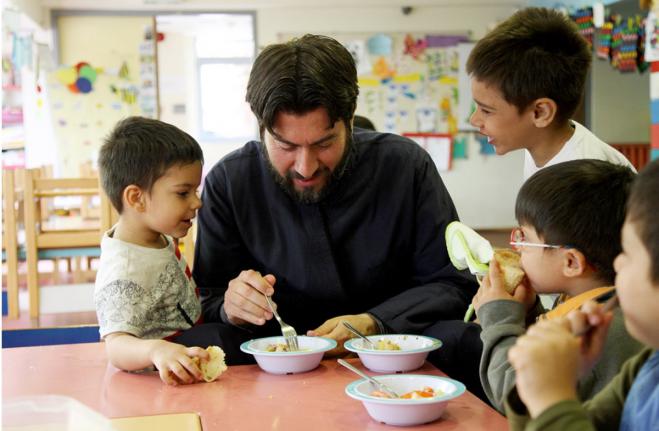 President Prokopios Pavlopoulos and Prime Minister Kyriakos Mitsotakis sent separate messages of support on Monday to the telethon for "Kivotos tou Kosmou," a nonprofit founded and run by a Greek priest to help meet children's needs.

President Pavlopoulos congratulated Father Antonios and Kivotos for their long-standing service, which is the more significant for focusing on younger people, he said.

"In our era, human beings are victims of economic inequality, social crisis and especially of war, as refugees. This is the kind of person that Kivotos and Father Antonios defend," Pavlopoulos said, adding that one must defend other human beings beyond borders and individual characteristics.

Prime Minister Mitsotakis called on the public to support Kivotos "in order to put to action the motto 'No child alone'," a campaign promoted by the government for unaccompanied refugee children, orphans and children awaiting adoption or fostering.

He said that Kivotos supports 500 children. Of these, nearly 250 boys and girls without families are housed at eight homes run by the organization in Greece, while it also helps another 250 children in vulnerable families, most of which are single-parent homes. Actions, he said, include school and health services for children, and paying rents and bills for families under the organization's protection.