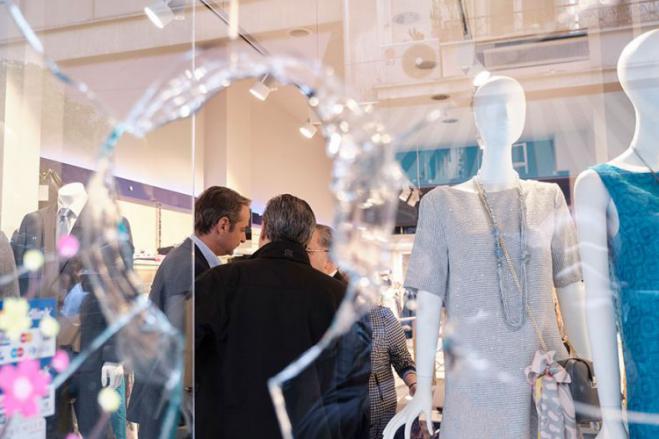 A raid full of vandalism and destruction struck shortly before 10:00 on Wednesday night in the "heart" of Athens.

During the festive days and despite increased police surveillance, a group of people destroyed Mitropoleos Street.

They specifically vandalized American interest cafes, supermarkets and ATMs. The walls and windows were sprayed with anarchist slogans and symbols.

At present it has not been announced by the Greek Police whether there have been any arrests or arrests.