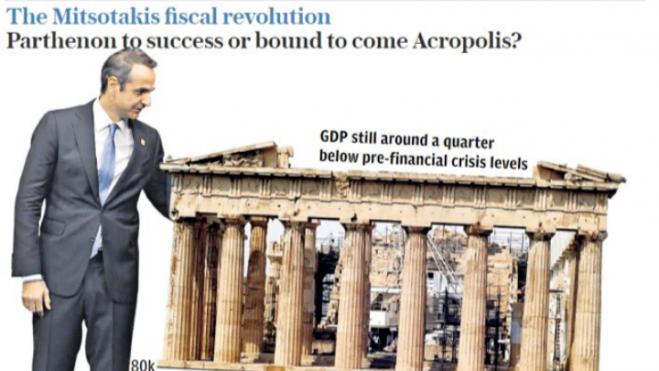 "A year ago the prospects for investors in 2019 looked pretty grim. Brexit, trade war and recession worries gripped financial markets, which had just endured their worst year since the financial crisis," British newspaper "Daily Telegraph" said in an article entitled "From stocks to currencies, who were the big winners of 2019?"

"But global stocks bounced back this year with a barnstorming performance and the economic outlook for 2020 finally appears to be brightening. The US-China trade truce, the Brexit breakthrough and central bank stimulus are hurdles investors will be relieved to have cleared safely," it added.

"In light of this new-found optimism among investors, the Think Tank has looked at the biggest stories and strongest market performers at the end of another monumental year," according to Daily Telegraph, adding that among the biggest economics story of the year is the Athens stock market.

"The buzz building around Greece's new government has helped Athens' stock market surge in 2019. It has gained more than 40 pct this year, boosted by expectations of a more pro-business agenda from new centre-right prime minister Kyriakos Mitsotakis.

The country's battered banking stocks are leading the way in Athens, doubling in value on the hope their health can be restored by a plan to slash their huge burden of non-performing loans."