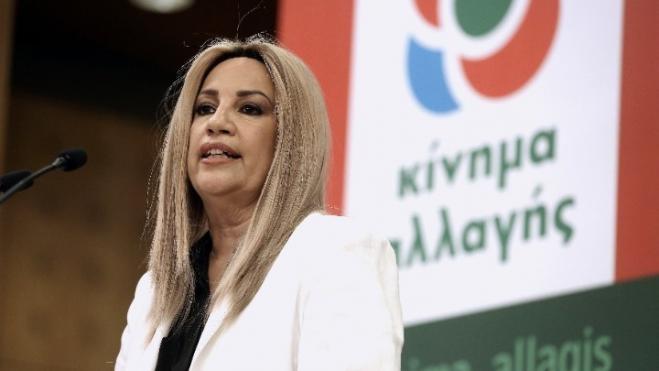 Movement For Change (KINAL-Kinima Allagis) party leader Fofi Gennimata, the parliament's third largest party, described the official visit of Prime Minister Kyriakos Mitsotakis to the White House as problematic, and she observed how it gave rise to reasonable concern among Greeks, she said while addressing the party's first assembly in the New Year.

Gennimata noted how her party, prior to Mitsotakis' departure to the US, had warned that the PM chose to meet with President Trump without having first secured the full support of his country's political parties into what she called a national policy portfolio, a directive, and that he therefore took on the responsibility of maneuvering meeting Trump all to himself.

Additionally, Gennimata underlined, the prime minister declined KINAL's proposal for calling a meeting of all party leaders, under President Prokopios Pavlopoulos, ahead of his US visit.

"He chose to meet the U.S. President insufficiently prepared, and he thus became a mere embarrassed spectator to Mr. Trump's interview against Iran," Gennimata stressed, an issue in which, she said, "our country has no reason and interest to engage."

"As a result, there was concern among the Greek people," she added, "particularly so because our national positions against Turkish provocations were not presented as they were supposed to be presented."