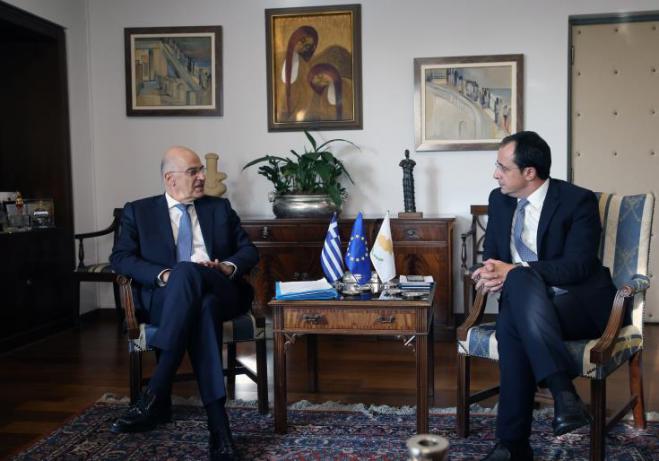 Developments in the region, EU – Turkey relations and the Cyprus problem are expected to be discussed, among other issues, during a meeting tomorrow between the Foreign Affairs Ministers of Greece and Cyprus, with the aim of making “certain very specific moves in the immediate future,” Cyprus’ FM Nikos Christodoulides said, on Sunday.

In statements, in Limassol, Christodoulides, who is paying Greece an official visit on Monday, said the meeting with his counterpart Nikos Dendias would be important and an opportunity “together with technocrats from both sides, to discuss in depth not just developments in the region, which are very important and affect the two countries but also relations between EU and Turkey, Turkey’s future, the Cyprus problem and all matters which concern the two countries.”

The goal, he added, was to decide on “certain very specific moves