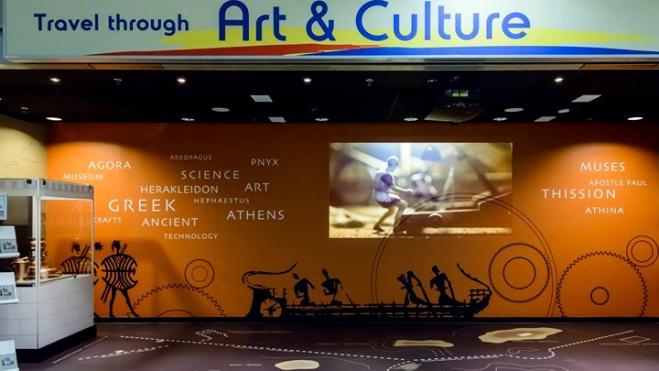 An exhibition about the hills lying west of the Acropolis, designed by Museum Herakleidon, is being shown at the Athens International Airport (AIA) to May 25, 2020.

"West of Athens" highlights the historic areas of Areios Pagos, the Pnyx, the Hill of the Nymphs, Koile Odos (named after the 'bowl' created from three hills), the Athens Observatory area, the neighborhood of Petralona, and the Athens section of Thissio, where the Temple of Hephaestus is found. The areas and sites serve as landmarks of Greek history, from antiquity to the founding of the modern Greek state and the present, and within walking distance from one another.