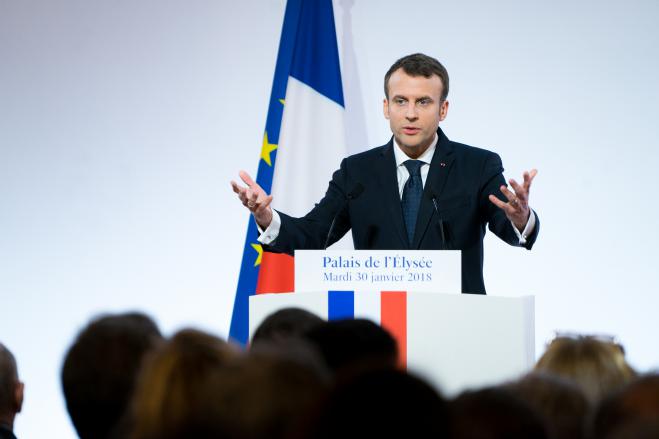 Through a reinforcement of the Greece-France alliance, the Greek government is responding to Tayyip Erdogan's provocations, following his latest threat that his country will cooperate with Italy on joint drilling in areas set forth in the Turkey-Libya memorandum.

Prime Minister Kyriakos Mitsotakis is due in Paris next week (January 29th) and will meet with Emmanuel Macron. Meeting the French president is particularly important, as it is precisely at the same time that developments with Libya and Turkey are in progress and the French are emerging as Greece's most substantial ally. It is no accident, however, that the Charles de Gaulle aircraft carrier sailing in the Mediterranean, which will also be accompanied by a Greek Navy ship, facing possible challenges by Ankara.

Exercises South of Crete
The Spetses frigate will accompany the French aircraft carrier from Toulon to the Strait of Hormuz, crossing the entire southeastern Mediterranean. Together with at least ten frigates, cruisers and destroyers, they will conduct anti-terrorism exercises. The intermediate station will be south of Crete, where exercises will be conducted with the Greek navy and air force.

Paris is also participating in the exercise "Alexander the Great" carried out by the Greek Armed Forces, with the participation of a French helicopter carrier.

The message of the two countries
Given that the Macron government is also strengthening its relations with Cyprus and Egypt, it proves Greek-French cooperation in the region is always based on the interests of the two countries. It also proves that Paris is very active and wants to play a decisive role in the Southeast Mediterranean and Persian Gulf region, filling the gap that the European Union still has in its foreign policy. And Greece, with its frigate participating in the French led fleet in the Strait of Hormuz, is showing that it is willing to "play" more decisively in the region, even if it changes the decades old doctrine of keeping military operations within the Mediterranean region, with all the opportunities and - most importantly - the dangers of this strategy.