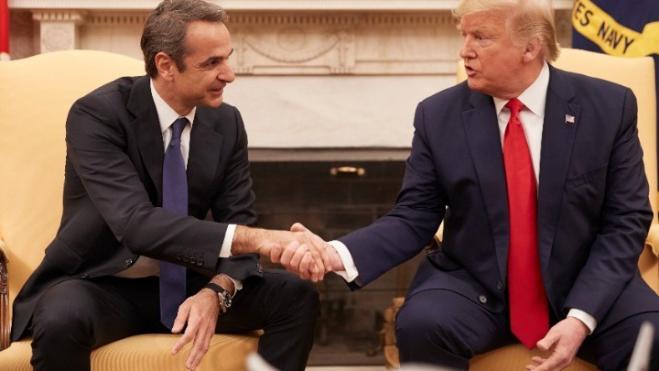 Greece's new ambassador to the United States, Alexandra Papadopoulou, presented her credentials to US President Donald Trump at the White House. The former head of the diplomatic bureau of Prime Minister Kyriakos Mitsotakis is the first woman to assume Greece's diplomatic representation in the US capital.

On his part, President Trump spoke in the warmest terms about Prime Minister Mitsotakis' recent visit to the United States, describing Mitsotakis as an outstanding leader who, through reforms, has contributed substantially to accelerating Greek growth rates.

The US president referred to the excellent, exceptionally strong and historic relationship between the two countries, which is reinforced by recent positive developments in military, economic and strategic affairs.

Finally, Trump praised Greece's role as a pillar of stability in the Eastern Mediterranean, expressed his strong support for the developing Greece-Israel-Cyprus relationship, and noted that the recently ratified US-Greek Mutual Defense Cooperation Agreement confirms the commitment to a stronger security relationship.