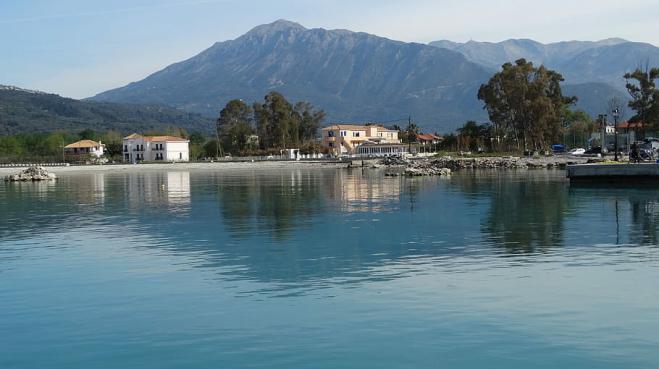 The Ionian islands of Greece’s west coast are among the best 24 destinations for 2020, according to Bloomberg.

Free from the high prices and tempestuous winds that plague Mykonos and Santorini, the island chain where Odysseus set sail is emerging as a slower, more peaceful, and—dare we say—more epic twist on Grecian summer. For those spoiled by the Cyclades’ famed resorts, Kanoni Estate on Corfu can be booked via Red Savannah for groups of 18; it featured as Hector Gonzales’s mansion in the James Bond movie For Your Eyes Only. On Meganisi, villa rental agency Thinking Traveller offers the stunning Galatea, whose wraparound floor-to-ceiling windows face the sea. But best of all might be climbing aboard the fully staffed Alexa J, a 38-meter schooner yacht with just one opulent cabin. She’ll spend her maiden season between Corfu and Zakynthos come April.

It’s easiest to chill on the sand in May, June, or September, when you’re likely to be surrounded by more Greeks than foreign tourists. But some may prefer the party atmosphere of July or the slow-paced (and less hot) months of April and October.