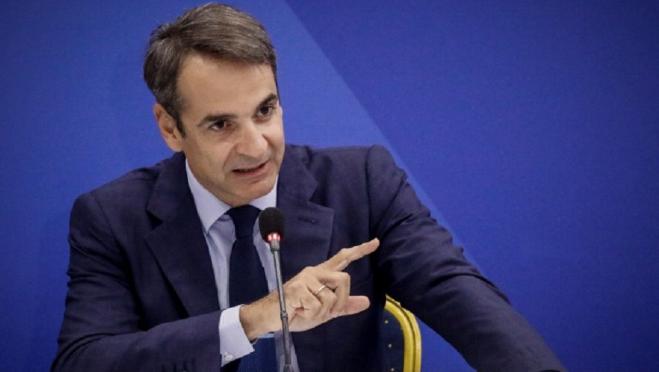 Prime Minister Kyriakos Mitsotakis on Wednesday underlined the government’s determination to proceed with the construction of new closed facilities for migrants and asylum seekers on the northeastern Aegean islands and appealed to those opposing the plan to dial down their reactions, noting that these were “fruitless and lead nowhere”. He also sent a message to those who chose to come to Greece despite knowing that they were not entitled to asylum, urging them to stay away.

In joint statements after his meeting with Bulgarian Prime Minister Boyko Borissov after the end of the 4th Greece-Bulgaria High Level Council in Alexandroupolis, Mitsotakis said that the construction of modern, guarded facilities for migrants was in the islands’ best interests.

He noted that “the construction of the new modern facilities began on Tuesday, so that the old problematic camps can close”.

Mitsotakis stressed that Greece’s policy on managing migration and refugees has changed: “The borders in Evros are now much better guarded and the sea borders are also better guarded. The legal framework that is at our disposal has become stricter and more flexible. And following an exhaustive dialogue with the local communities on the islands, the decisions are finally being implemented.”

“Don’t come to Greece” was the prime minister’s message to those not entitled to international protection as refugees. “I want to send a clear message to those not entitled to asylum, who nevertheless choose to come to our country. Don’t come because the route on which the traffickers are leading you, for which you pay them handsomely, does not lead to the Greek mainland and ultimately to Europe. It stops on the islands and from there starts the road of your return”, underlined Mitsotakis.