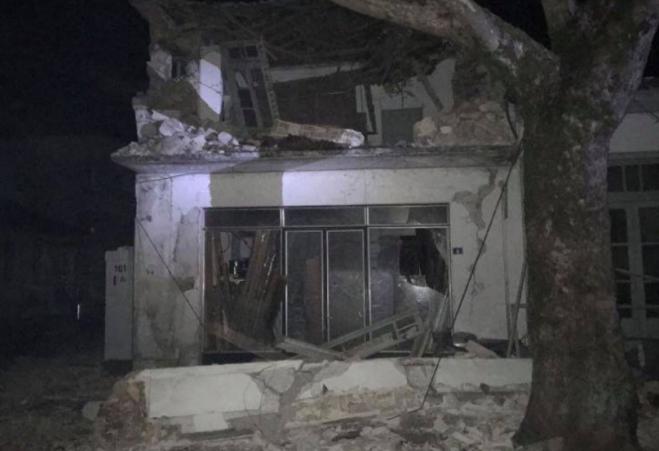 A powerful earthquake measuring 5.6 on the Richter scale shook the coastal town of Parga in western Greece at 2:49 on Saturday, according to the Geodynamic Institute of Athens. The epicenter of the quake was 14 km east-northeast of Parga at a focal depth of 10 km and was the same one that had caused a 4.3 Richter earthquake in the area 21 minutes before midnight on Friday.

The tremor was strongly felt throughout Thesprotia, Preveza and Corfu, where people were alarmed and many quit their homes. It was also felt in Ioannina, Arta and the surrounding regions.

As the Corfu police informed the Athens-Macedonian News Agency, the quake caused no damage on Corfu, despite being strongly felt, but there are reports of serious problems in Kanalaki, near Parga, where some old houses have collapsed and many residences have sustained extensive damage. There have also been landslides and rockfalls on the rural road network and the area had a power cut, with electricity restored at around 4:00 in the morning.

Local authority officials are now visiting villages in order to assess the situation there after the quake.

In a post on Facebook, the head of research at the Athens Geodynamic Institute, Gerasimos Houliaras, said the institute was monitoring the development of the powerful earthquake via its seismological network. He also noted that “an earthquake in western Greece had been expected given the foreshocks in Parga and Karditsa in recent months and I do not foresee this progressing to a bigger magnitude at this time, do not worry.”

According to Prof. Efthymios Lekkas, head of the Anti-Seismic Planning and Protection Organisation (OASP), “we are at the peak of the phenomenon. It concerns us that it started low, at 4.2 Richter around midnight, and reached 5.6 Richter at 2:49 in the morning.”

“We are monitoring the phenomenon and for the time being we are being cautious,” he added. According to Prof. Lekkas, the epicentre was 20 km northeast of Parga and came from the well-known rift of Paramythia.