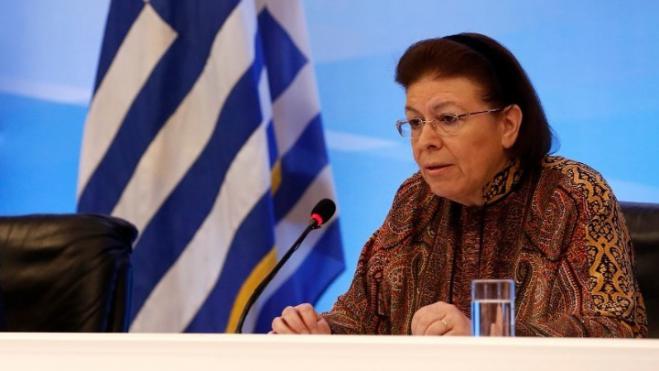 Archaeological sites will open on May 18, open-air summer cinemas on June 1, museums on June 15, while outdoor cultural events will commence on July 15, said Culture & Sports Minister Lina Mendoni at Thursday's briefing on measures to protect arts and culture after the coronavirus pandemic's first wave in Greece.

May 18 will also see the start of filming productions and rehearsals, she added.

In terms of the annual Athens and Epidaurus festivals, they managing organization will focus on productions of state theaters and make use of new technologies in its scheduling. Small performances will take place at archaeological sites from July 15 to the end of August as well, she said, while other venues belonging to cities will be provided for free use.

She did however clarify that the smooth running of cultural events and activities this summer depends almost entirely on the latest epidemiological data and as such all are open to changes.

Mendoni also elaborated that as far as summer cinemas and open-air events (music concerts, theatre shows) are concerned, a 40 pct capacity maximum will be observed to prevent extreme proximity among attendees.

Visitors in archeological sites should keep a 1.5 meters distance to the next person - 2 meters at museums. In museums, restrictions will apply to how many can enter within an hour, while priority will be given to electronic ticket holders.

The Culture Minister also announced the immediate legislation of copyright protection and anti-piracy laws, including the dynamic site blocking of online film and music traffickers.

"From the very start, the government and the culture ministry drew up a comprehensive management strategy, when the lockdown was imposed in March, that also included the culture sector. For the government, culture and those involved in it have never been an exception," stated Mendoni, speaking alongside government spokesperson Stelios Petsas.

"All the measures were applied horizontally but culture has its peculiarities. The immediate measures taken were to support workers and businesses in the sector, to support the market with developmental measures," said Mendoni.

She took part in the briefing to present the special actions taken in the short- and medium-term to support the culture sector, as discussed during a government video conference on Wednesday chaired by Prime Minister Kyriakos Mitsotakis.

She announced that immediate support measures will allow all those whose contracts ended prematurely between March 1-20 to also qualify for the 800-euro special monthly income support. She also noted that all those that received a special seasonal benefit for September-November 2019 and were not receiving regular unemployment benefit in the first quarter of the year will also get the 800 euros from May 13-19.

"Μaybe the most important of the measure we assumed was the decision to create an artists' registry. It is a long-term strategic reform that will clear up the landscape," stated Mendoni.
Specifically, she said that a platform will operate at the website artandcultureprofessionals.services.gov.gr from May 13, on the labour ministry's 'Ergani'  platform that will create a record of artists per sector and will develop into a Culture Ministry's Artists' registry.

"It is the first time that the real forces of culture will be recorded with transparency so that the establishment of political and funding tools will become easier and more effective," Mendoni said.