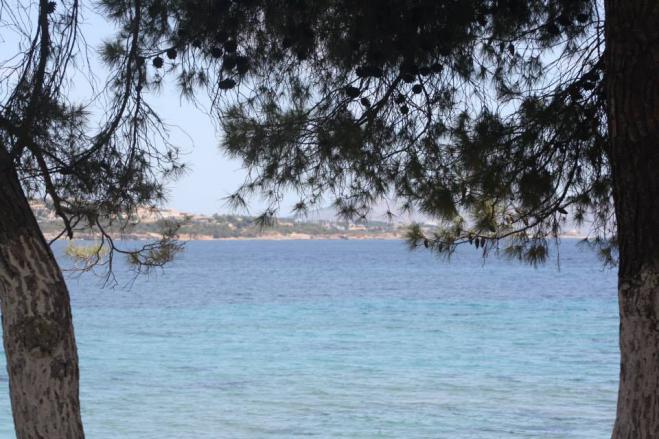 Greece has offered to waive its 14-day coronavirus quarantine for British tourists and holiday firms are planning to restart flights from mid June in what could be a welcome boost for beleaguered lockdown Britain.

With the Mediterranean nation’s under-pressure economy heavily dependent on holidaymakers it has been making plans to refill deserted beaches and hotels.

The country’s tourism minister, Harry Theoharis said that it would waive its requirement for visitors if the same was done for Greeks arriving in the UK, speaking to the BBC.

It came as ministers mull coronavirus ‘air bridges’ to allow travellers to move between countries without the need for quarantine once the outbreak is under control.

Transport Secretary Grant Shapps said a ‘blanket’ 14-day quarantine rule for arrivals will be introduced from next month.

But he disclosed that there are ‘active discussions’ going on over what countries could be exempted from the regime in future, referring to the idea of ‘air bridges’ – usually used to refer to military flights over enemy territory.

Countries with lower infection levels, such as Australia, New Zealand and Greece, could potentially be excluded from the tough rules, which will be enforced by law.

Tui, the largest travel firm in the UK has said it will restart holidays from June 14, with numbers ramped up from July – subject to travel restrictions being relaxed.

In further good news for holidaymakers, a senior minister revealed UK campsites could be allowed to reopen from July.