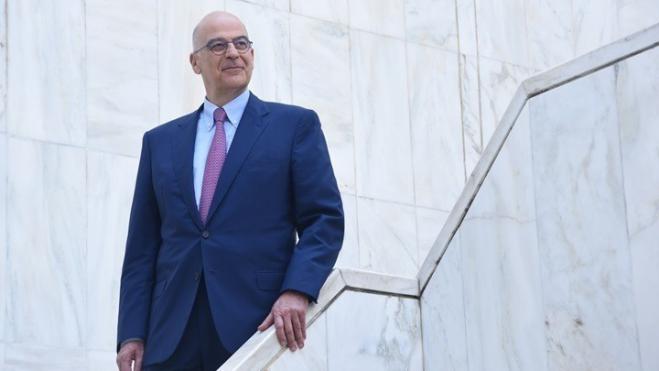 Greek Foreign Minister Nikos Dendias is sending a message to Turkey, reiterating that the borders are not in dispute and that the fence in southern Evros will be completed.

"Borders are a given. They do not change and they cannot change ", he states, among other things, in an interview given to the newspaper" Kathimerini ". Regarding the recent demarches towards Ankara, on the occasion of the incident with the bed of the river Evros, Mr. Dendias reminded that the first (s.s. step) concerned the Turkish request for information about the fence and the second the "limited movement” observed in the area.

The Prime Minister, Kyriakos Mitsotakis, also referred to this issue during yesterday's interview with Star TV. "Nothing has happened in Turkey. Land borders with Turkey are defined. The riverbed of Evrosmoves. There are sections east of Evros that are Greek, as well as sections west of Evros that are Turkish. It is not a borderline difference. It's a technical issue. "

On the same wavelength, he assured that the fence in southern Evros will be properly constructed, as planned. "We will build the fence in the southern part of Evros. We have informed Turkey. We are doing it on Greek soil, as was done in the northern part of Evros ". As for relations with the neighboring country, it was clear: "Relations with Turkey are not at the level I would like. Not through our own fault. The tones will drop, without any backtracking. We are certain of our rights. "

It is recalled that British press reports said that Turkish soldiers had occupied a part of southern Evros, which belongs within Greek territory, thanks to the change of the riverbed. Greek authorities have rushed to downplay the issue, citing a technical issue involving about 16 acres of land. As it turns out the British reports, carried by some - eager opposisionist press sources in Greece - wre a misrepresentation of the facts using fabricated maps.