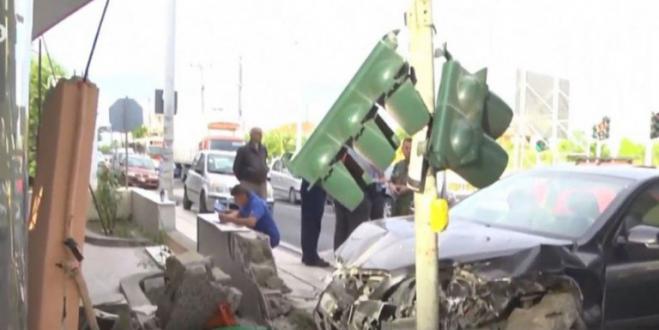 Miraculously, there were no casualties in the accident that took place early on Friday morning in Stavroupoli, Thessaloniki.

A car after a car accident ended up on a traffic light, with its driver fortunately slightly injured. During the collision, a column was taken down, the traffic light was bent and the car was almost dismantled, while it almost crashed into a shop located in the corner.

The driver of the car that collided with the one that fell on the traffic light told SKAI that the other driver violated the red light and fell on it, as a result of which he ended up at the traffic light.

Security cameras installed at the scene recorded the moment the car fell on the traffic light.