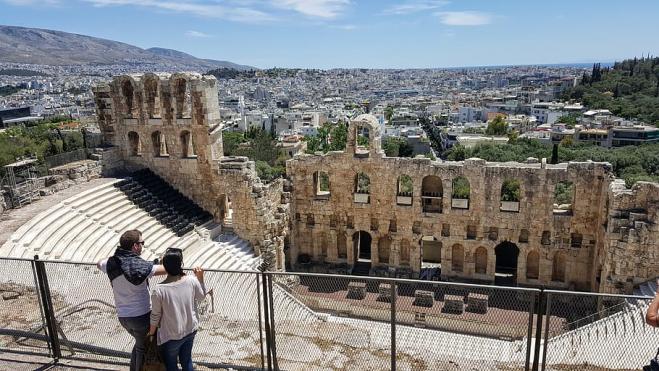 Five coronavirus cases were detected in the first 1,400 molecular tests, out of a total of 5,889, on airline passengers on July 1st.

According to information, three women from Sweden, Serbia, Romania tested positive for coronavirus, as well as a Greek couple. Until late Thursday night, the competent authorities made a great effort to track the contacts of these confirmed cases of coronavirus and transfer them to quarantine hotels and rooms, as provided by the health protocol.

The Swede defied the instructions and took walks in Athen

It is worth noting that the woman from Sweden did not observe the 24-hour self-isolation, which is provided for after the test she underwent, and was found walking in Athens!

On the other hand, the woman from Serbia tested positive for coronavirus among 66 molecular tests performed at Skiathos airport. It is recalled that on July 1, Greece began to receive tourists in view of the different, due to corona, summer season.

At the same time, more than 20% of the tests performed on flight passengers, at Athens airport and at the country's 27 airports, were negative. Now the results are expected from the remaining 80% in order for the Health Authorities to have a clear picture of imported cases to Greece. Of the 5,889 molecular tests performed on 16 of the 27 airports, the results of 1,372 were negative. It is noted that two cases of coronavirus were also confirmed in incoming road transport.

Specifically, the negative tests were: In three flights from Budapest, Paris, Brussels 102, in two flights from Spain and Italy 18, in four flights from Larnaca and Chisinau 57, one from Basel 72, one from Brussels 29, 61 from Doha, 24 from Tirana, 83 from Oslo, 148 from Paris, 52 from Tel Aviv, 143 from Paris, 31 from Munich, and 352 more from different flights from the above departure cities.