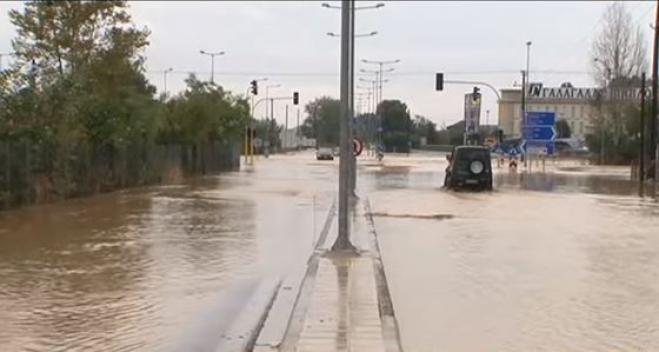 Prime Minister Kyriakos Mitsotakis will visit the area of Karditsa this coming week to assess damage from the Mediterranean hurricane (Medicane) "Ianos" to one of Greece's key agricultural areas.

According to government sources on Sunday, Mitsotakis will meet with local representatives and discuss measures to help restore damages.

Separately, head of antiseismic and assessment agency (OASP) professor Efthymios Lekkas said that 5,000 homes in the prefecture of Karditsa have flooded and some have either collapsed or are severely damaged. Infrastructure and road networks in the region have also been extensively damaged, he noted, after touring the area.

Floodwater in the communities of Metamorfossi and Vlochos near Palamas, in the greater Karditsa region, are at their maximum level, Palamas Mayor Georgios Sakellariou told ANA-MPA. The two communities had again suffered extensive flood damages in October 1994.

In the town of Mouzaki, Mayor Fanis Stathis decided that all schools and nurseries will remain shut, as Ianos has damaged the road network, preventing transportation, and school buildings of the region.

Meanwhile, an update earlier on Sunday power distribution operator DEDDIE said that 61 power substations are in operation in the urban zone of Karditsa, and another 10 will be powered shortly. Efforts are made to restore power in Argithea and Mouzaki.

DEDDIE's top officials have met with the head of the Karditsa Fire Department to coordinate and accelerate water pumping in areas where the technical crews need to work.

The Agricultural Development & Food Ministry, along with the farm insurance agency (ELGA) are prioritizing action to assess damage to Thessaly, a major production region of Greece, following the sweep through the area of the Mediterranean hurricane "Ianos" this weekend.

Minister Makis Voridis ordered ELGA and Deputy Minister Kostas Skrekas to begin tours of the flooded area as of Saturday, and assess damage to crops and animals.