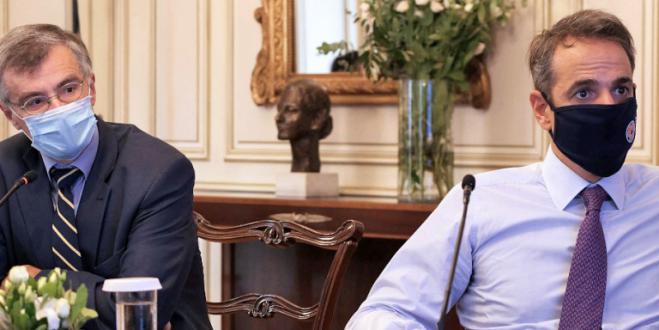 The rise in coronavirus cases has raised concerns and has put the government on alert.

The new negative record set yesterday - the new cases reached 667, of which 250 in Attica and 125 in Thessaloniki - testifies to the deterioration of epidemiological indicators and the risk of spreading the pandemic to a level that will put pressure on the health system.

The government is determined for new measures

The next few days are considered extremely critical, with the government determined to take new measures to stem the coronavirus. Yesterday afternoon, Kyriakos Mitsotakis invited the Minister of Health, Vassilis Kikilias, to the Maximos Mansion and held a meeting with the participation of Sotiris Tsiodras, Nikos Hardalias, Giorgos Gerapetritis, Panagiotis Arkoumaneas and Grigoris Dimitris, on action plans to address the pandemic were discussed.

The biggest concern is caused by Northern Greece and especially Thessaloniki, which shows steeply rising trends in its cases in recent days. Ioannina, Kastoria and Serres are also on alert.

Before the lockdown gates in Ioannina and Kastoria
No decision on new measures was taken during the government meeting, however they are on the table and will be activated based on the new data recorded daily. At present, their enforcement is being examined locally depending on the level of risk of spreading the virus and not nationwide.

Already Ioannina from level orange that is today, is expected to go to red, ie at level 4, which translates into a local lockdown. A similar development is expected for Kastoria, which from level 3 (orange) will go to the highest level of precautionary measures, essentially leading the city to a local lockdown, similar to the one imposed in Kozani.

Thoughts on a curfew at night

In addition to the level four measures, the government is considering the mandatory use of masks outdoors and in areas with a lower level of risk, while there are thoughts of banning traffic after a certain time at night, in the standards of other European countries. However, there is no intention at the moment to close restaurants and entertainment establishments before 12 pm, as the problems in the squares are observed immediately after.

Validation of the change in color and change in the level of risk of spreading the virus in areas with ever-increasing epidemiological data is expected to come today, after the meeting of the expert committee, and the announcement,s gradually until Friday.