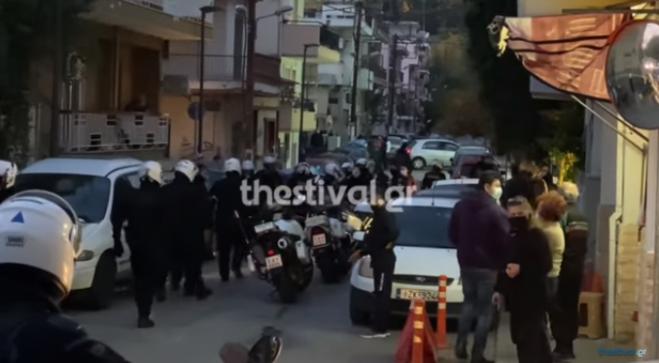 An incident between young people playing in a stadium and police officers who went to check on them took place shortly after 17:00, in the area of ​​Evangelistria in Thessaloniki.

According to information from Thestival, when the crew of the patrol asked the young people to leave, they responded with insults and gestures.

Police called one of the young men to confirm that he had been fined for violating the COVID measures. He refused to follow them. The police approached him and were attacked en masse by the young people.

They managed to alert the Immediate Action Center. A strong police force rushed to the spot.

Four of the young people who participated in the episode were taken into custody. A Group Z police officer was injured as he chased a motorcycle with two of the suspects.