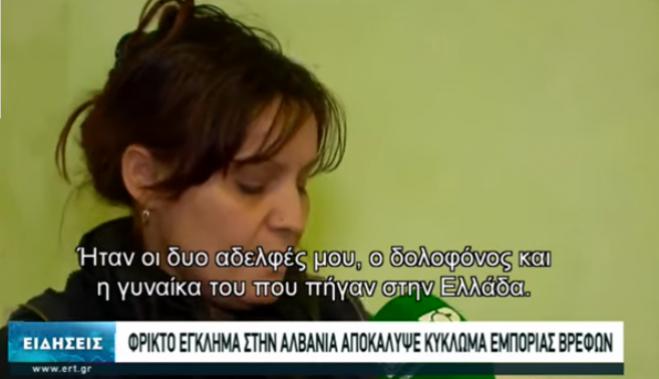 The murder of two sisters on New Year's Eve has caused shock in Albania and specifically in Tirana, with the double murder seeming to have extensions even in Thessaloniki.

According to ERT, the relatives of the victims complained on Albanian television that the 59-year-old man who has been arrested and has confessed to the murders was pimping the two women in Thessaloniki for years, left them pregnant and then sold their children.

"More than 10 babies have been sold"
Speaking on Top Channel, the victim's sister stressed, among other things: "He took my little sister by plane and took her to Thessaloniki and put her and my other sister to work as prostitutes. In the meantime, he left them pregnant and forced them to sell their children. " "More than ten babies have been sold," she continued.

They were determined to speak
The perpetrator seems to have wanted to close the mouths of the two women once and for all when he realized that they would testify to what they had been experiencing for years. That is why on the last day of 2020 he entered the apartment where they were staying with a Kalashnikov assault rifle and killed them in cold blood.

The accused was arrested and confessed to the murders, while at the same time the investigations for the infant trafficking circuit have begun, although the lawyer who is allegedly involved in Greece is no longer alive.